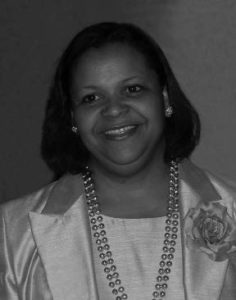 Love shouldn’t hurt and Sonja White’s vision is for a world where it never will.

Women struggling to escape domestic violence desperately need the safety and justice that the legal system purports to offer, so nothing makes Sonja White angrier than seeing it fail them.

Her passion has fueled her work in two aspects of domestic violence – as a victim’s advocate and as a legal aid attorney. But she has not only worked her paid job – she also gives hours of her time in various volunteer leadership roles seeking resources and policy change that will rescue women and children from the nightmare epidemic of domestic crime that infects our community.

Sonja grew up in Memphis, graduated from Hamilton High and journeyed to Adelphi University in New York for college in 1981. She did a variety of part-time jobs to get through college and law school, including selling lingerie for Bloomingdale’s. She earned her law degree from Hofstra University 1988 and worked for eight years in the New York City criminal courts.

It was during that time that she realized she could not continue to defend batterers. She could not look into the faces of the injured and traumatized women and then stand up for the men who had hurt them. She came home to Memphis and went to work as director of the Memphis YWCA Abused Women’s Services Court Advocacy Program, helping women navigate the complex system of courts.

From fall of 2001 to spring of 2004 she was an adjunct professor of law in the Cecil C. Humphreys School of Law Domestic Violence Clinic. She has specialized since then in domestic violence cases as managing attorney of the Memphis Area Legal Services Family Law Unit. Her focus is on utilization of the judicial system to eliminate barriers to violence free lives for victims of domestic violence.

She goes above and beyond the parameters of her job, however, every day.

She writes grants to bring new resources to the community, such as one that created the Opportunity Plus project at Memphis Area Legal Services Family Law Unit. It offers women who have survived domestic violence case management support and assistance with employment, housing, child-rearing and other issues so that they can become independent and self-sustaining and avoid returning to their abuser.

She regularly speaks to civic and professional groups about domestic violence and court reform and has written numerous articles. She has led one plank of the domestic violence strategy for Operation: Safe Community, the coalition of business, elected and law enforcement leaders. Sonja’s initiative seeks to create a Unified Family Court here and she was named to the Shelby County Unified Family Court Task Force last year – a task that took many extra hours of work beyond her case docket.

As president of the Memphis Area Women’s Council since 2006 she leads the council’s DV action team that is pursuing new legislation, new funding and new collaborations to address the high numbers of local domestic crimes, including a record 34 domestic homicides.

As co-chair of the Memphis Shelby County Domestic Violence Council, she will oversee a revamping of its mission to grow from a networking organization to a hub of collaboration to fill gaps and strengthen capacity of essential service agencies.

Sonja White cares fervently for the hundreds of women and children who are damaged by domestic crime. She works tirelessly every day – while raising her own three children – to build a world where they and their friends and all of our children can expect to live in safe, nurturing relationships.

For her vision of a place where women can be safe from denigrating, demeaning and deadly treatment by those who are supposed to love and care for them, for her vision of a world where children can grow up in homes where adults are respectful and nurturing of each other and of them, for her vision that the judicial system can empower women to prosecute their abusers and rescue their children from harm and from generational violence, Sonja White is the 2009 Woman of Achievement for Vision.