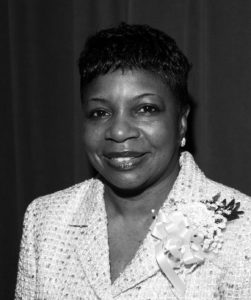 Ruby learned early in life that if she could imagine something, she could make it happen.

As a teenager growing up in Byhalia, Mississippi, Ruby took a walk with her father one Saturday afternoon and was saddened to see poor chidden in her community whose toys were sticks, tin cans and old car tires. She told her father: “I wish we could build a park for them.”

His response: “Why don’t you? You can do anything you want to do.” He offered her a small piece of land he owned for a park.

Many children hear “you can do anything you want to do” from parents and teachers. Some act on it. Many would look at an overgrown lot and think “that’s too big for me.” Not Ruby. She acted on her father’s encouragement with the energy and optimism that she has brought to projects through her career.

Ruby went to church the next morning and found others who would join her. Within a few months, the community had a new park built on the donated land with $5,000 in contributions.

Ruby was sensitive to the children in her community and envisioned a park. She made it a reality. Now she knew that she could truly change the world — or at least her part of it. She combines her vision with passion and practicality. And she excels.

When she got a job at a printing company, she learned everything about it and became its executive director. When she volunteered for Junior Achievement, the organization recognized her value, and hired her.

When she applied to become executive director of the Women’s Foundation for a Greater Memphis, the board chose her from among 90 candidates across the country. The organization was just five years old then, and searching for its fourth top executive. Each of the first three directors led the organization to another level of accomplishment. Now it was time to find the woman who would lead for the long-term.

“We wanted a visionary director and also somebody who could churn it out day-to-day because an organization can’t run on vision alone,” board member Debbie Binswanger told a reporter after Ruby completed her first year.

The board members found what they wanted. Ruby marks her fifth year with the Women’s Foundation this summer, and the organization marks its 10th anniversary of making Memphis a better place for women and their children.

Most recently Ruby has put her vision for women into action by co-founding the Memphis Area Women’s Council, a new non-profit dedicated to changing policy to open opportunities for women.

We asked her what factor contributed to her success in so many areas — from teenage community volunteer, to printing company executive, to president of Junior Achievement of Middle America. “I’ve always been the one who says, “Why do we have to do it that way?” “ What if we could do this?” she said. “At Junior Achievement, they called me ‘the Why Lady’. ”

As Ruby and the Women’s Foundation look to the future, count on her to keep asking ‘why’ and to accomplish even more for women and their children.

Since 1996, WFGM has awarded $6.6 million to 395 programs, supporting more than 30 local non-profits each year with grant awards of over $600,000. Stated in 2009, the Women’s Foundation Legends Award was created to pay tribute to innovative women whose work embodies the mission of the women’s foundation.