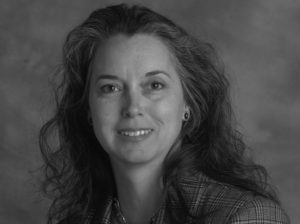 In March 1984, a group met to discuss establishing awards to recognize accomplishments of local women. They were all too familiar with the abundance of tributes for prominent men while women’s contributions seemed taken for granted. One person was the instigator for calling these women together for the cause: Deborah Clubb.

The result of her effort was Women of Achievement, a diverse and community-wide coalition of women’s groups and other supporters. It was Deborah’s vision as the founding president of Women of Achievement that has brought people together each March for 13 years, to honor women of all races, all creeds and all backgrounds each year as we celebrate Women’s History Month. “Our presence at Women of Achievement events says we believe in celebrating women, our victories, our work, as we make choices, take chances and change ourselves and our world,’’ Deborah said.

Deborah grew up on family farms in Henry County, Ky., the eldest of five children sharing cattle and crop chores. She noticed ways that boys and girls were treated differently but had no name for her observations and feelings. In the fall of her first year at Transylvania University, she took a short-term class taught by a female literature professor and a male history professor. Its title – “Up Against the Wall, Mother: Women in History and Literature.’’ It was 1972. The second wave of the American women’s movement was underway and those two teachers, the first feminists she ever knew beyond some new college friends, gave her words to express what she had observed all her life about roles, about place, about why things were as they were – and why those things needed to change. “Speaking up and out and giving a voice to wrongs I saw became part of me,’’ Deborah said.

With degrees in English and history from Transy in 1976, she took a master’s degree in journalism from Northwestern in 1977 and got a job as associate editor at Farm Business Inc., in Washington, D.C., covering agriculture policy and Congress for farm magazines. In 1978, she became the first female reporter on The Commercial Appeal’s business news staff. In the nearly 20 years since, she has campaigned daily as a reporter and editor to improve the role of women in the newsroom and their portrayal in the newspaper.

In her personal life, she has worked equally hard for women’s issues, as the first female chair of deacons at Lindenwood Christian Church, president and steering committee member of Network, on the board of the Economic Justice for Women Coalition and as a mentor for Girls, Inc.

Mid-South women now receive the recognition they deserve because of Deborah Clubb’s vision of an exciting celebration night, reminiscent of the Oscars, where women would be the stars.

Deborah retired from The Commercial Appeal in December 2003 after more than 25 years and is pursuing other writing and advocacy projects.