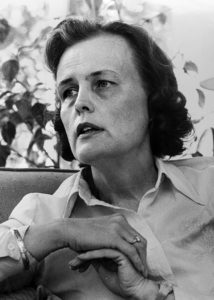 Through all of her numerous community activities, Ellida S. Fri has been a silent role model to those around her – leading with her actions. With compassionate leadership and empathy, she has paved the way for others. Her encouragement, good nature, and positive attitude have endeared her to those she meets.

Ellida became involved with the YWCA when she was 9 and attending a camp in Connecticut. She has been a volunteer ever since. Many years and three states later, she has crossed the country making an impact in every community where she has lived. In Lexington, Kentucky, she realized that groups of girls weren’t being served and she was proactive in starting racial and economic outreach while serving as the teenage program director for the YWCA. In Hawaii, she became the associate director of the YWCA where she was a founder of the Runaway House in Honolulu for delinquent girls. Since 1973, the Memphis YWCA has reaped the rewards of Ellida’s commitment to service.

She served on the organization’s Downtown Committee and also as chairperson of the “Action Audit for Change” program designed to encourage YWCA participation by women of all races and backgrounds. When the YWCA relocated to its present location on Highland Avenue, the facility was named the Ellida Sadler Fri Administration Building in appreciation of her longtime support.

In addition to working with the YWCA, she has been active with the Memphis Symphony League, Memphis-Shelby County Airport Authority, Shelby County and Tennessee Republican Women, Planned Parenthood of Memphis, Memphis Literacy Council and was honored by Big Brothers/Big Sisters as “Woman of the Year” for all her work. She was also named to “Who’s Who in Hawaii.”

Ellida’s hope is to be a beacon for young girls, helping to realize their potential and that they can do anything they set their minds to. In addition, she hopes young girls realize the honor that comes in serving others and helping those in need. Through her example, girls and women have gained strength and self-confidence.