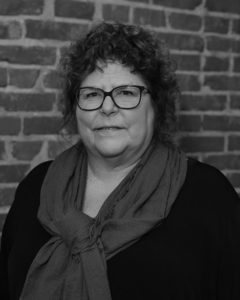 Every day dozens of women and girls in Memphis and Shelby County endure beatings, sexual abuse, verbal abuse and emotional violence that strip them of their health, their sanity, their confidence and their capacity to study or to work. Every year 15 to 20 local women are killed by men who have claimed to love them.

Dr. Carol Danehower is committed to giving of her time, her expertise as a researcher and educator, and her passion for helping women to fulfill a vision of safety and fairness for women in their homes, at work, everywhere.

Carol is an associate professor in the Department of Management at the University Of Memphis Fogelman College Of Business. She became aware of the deadly extent of domestic violence locally and nationally as member of the board of the Memphis YWCA, a leader in DV services for over 40 years. Nominated to the Tennessee Economic Council on Women by UofM President Dr. Shirley Raines in 2007, Carol read their research on the economic impact of domestic violence and began to develop her own research into the connection between DV and the workplace.

She came to the Memphis Area Women’s Council in 2011 as a volunteer concerned about women and violence and interested in how that connection limits women’s capacity to be productive and maintain jobs or careers.

She soon created with the Women’s Council a two-hour training workshop “Violence at Home. Victims at Work. Employers Confront Domestic Violence,” a compelling program that equips employers to recognize when employees or colleagues are struggling with domestic violence – intimate partner violence – and to respond with compassion and community resources.

Carol presents the training to classes at UofM every semester and, with Deborah Clubb, has trained nearly 1,000 people in workplaces across the city — without pay and on top of her full-time job.

Carol’s route to a thriving academic career began at Hendrix College in Conway, AR, where she studied economics after a wonderful childhood on her family’s farm outside Forrest City. She got her master’s in economics from the University of Arkansas in 1978 and then was drawn to the emerging profession of personnel management and human resources. She completed her Doctorate in Business Administration in 1987 at the University of Kentucky.

She taught at Rhodes College 1986-1989. She moved to the UofM where her role also involves graduate students, older students and those from varied backgrounds. She was an administrator in the Fogelman College for 12 years, then returned to regular faculty position in 2009. Since 2015 she has been part-time teaching, including on-line courses, and part-time working in Academic Affairs on various projects.

It was Carol who initiated the effort at UofM in 2015 to address the scourge of on-campus sexual assault with the debut screening of “The Hunting Ground” documentary. She secured the powerful film about the scourge of college campus rape and led programming for it at Memphis and Jackson/Lambuth campuses. For 2019 she is giving the same leadership to securing “Roll Red Roll” about the Steubenville, OH, high school football team rape case and working with MAWC to create a special training event for local high school teachers and coaches on disclosure and consent.

Carol for years mentored and advised the campus chapter of the Society for Human Resource Management. She is greeted regularly around the city and across the Internet by former students happy to see “Dr. D.”

Carol began chairing of the Women’s Council board of directors in 2013 and continues in that capacity.

Her vision for safe, secure, productive homes and workplaces for all is critical and just. For her generous and persistent efforts toward that vision, we honor her today as Woman of Achievement for Vision 2019.