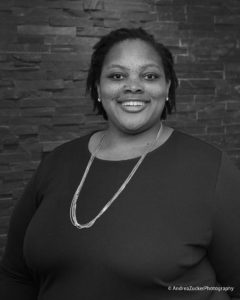 The shooting of Trayvon Martin 6 years ago was a transformative moment for Tami Sawyer. She was then living in Washington, D.C. and working as a diversity analyst at the Navy Yard. Seeing the gentrification of her neighborhood drive out Black businesses and homeowners, Tami began thinking about moving back to Memphis. When a shooter killed 13 co-workers in the Navy complex where she worked, the decision to move home came easily.

Tami’s early life took place in Chicago, where her father was an entrepreneur who founded the first Black wedding magazine and her mother ran her own catering company. They moved back to her mother’s hometown of Memphis when Tami was 12. She found quite a different social world. Friendships among girls across the color line were not commonplace and, though her education was excellent, not everyone was supportive, even when she was elected president of her freshman class.

Her parents had raised her to believe in herself, to embrace her African American heritage, and to advocate for others. She knew who she was, and she was not afraid to speak up.

After graduating from St. Mary’s school, she attended the historically black Hampton University and graduated with a B.A. in Political Science from the University of Memphis. After spending some time at Howard University Law School, she worked on diversity issues for the Navy for the next 13 years.

Once she returned to Memphis, she worked for Shelby County Schools until assuming her current position as Director of Diversity & Cultural Competence with Teach for America, Memphis. She runs workshops for new TFA recruits and mentors the young teachers in area schools. She is a model, a confidant, and sometimes a mother to them.

The award for “heroism” is, of course, much more than embodying one’s values in one’s career. Once connected to a vibrant group of young activists here, Tami Sawyer emerged as the energizing force behind (hashtag) #TakeEmDown901, the citizen group that pressured the city to remove two Confederate statues from downtown parks.

As part of that effort, she called a public meeting at which some 300 citizens, from diverse backgrounds, ethnicities, and experiences, stood to testify to the pain that these Confederate memorials had caused or to decry the distorted history they promulgated. Speaking to groups across the city, she also collected thousands of petition signatures, and, with other local groups, proposed ways that the statues could be legally removed. Many had worked on this issue before. Tami pushed it to the forefront through social media and citizen protest.

She has since founded “Woke United,” a movement of young Black political activists from cities across the country dedicated to removing at least 5% of all Confederate statues in the country. It is a movement with growing support from historians, mayors, and city officials in many states.

Tami was included in The Commercial Appeal’s “2017 Person of the Year” recognition. And this year, she was named as “one of 18 Tennesseans to watch” by The Tennessean and The Commercial Appeal. She has been featured in The New York Times, Huffington Post, MLK50, the New Tri-State Defender, the Memphis Daily News and the Memphis Flyer. She has been heard on Al Jazeera, NPR and BBC Radio. She has been an introductory speaker for social justice leaders Angela Davis, Gloria Steinem and Minister Louis Farrakhan.

The protracted protests stemming from the deaths of Trayvon Martin, Michael Brown, Eric Gardner, Sandra Bland and so many others led Tami to realize that standing outside the seats of power and asking for change was not working.

Change comes faster from being on the inside. Consequently, in 2016 Tami ran in the Democratic primary for a seat in the Tennessee legislature. Losing to the incumbent John DeBerry only strengthened her determination for public service. She is currently a candidate for the Shelby County Commission, District 7.

A hero leads by example and provides endless encouragement to others. A hero continues to push the boulder up the mountain, even when the task seems hopeless. A hero needs tireless energy. Charisma helps.

Despite death threats and the seemingly intractable racism that she fights, Tami Sawyer’s heroic spirit sustains her and changes our community. For her bravery and commitment, Women of Achievement salutes the 2018 Woman of Achievement for Heroism, Tami Sawyer.