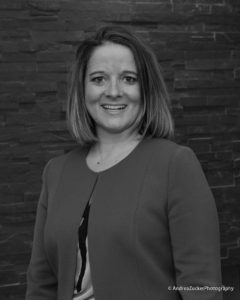 In 34 years, Rachel Sumner Haaga is the first living abolitionist honored by Women of Achievement.

Determined to raise awareness and help victims of human sex trafficking – modern slavery in all its ugliest forms – this Memphis native works every day to rescue women and children from the grip of evil predators.

While working two jobs for pay – as a waitress at Huey’s and a first responder with Shelby County Rape Crisis – Rachel devoted long and late hours for years to build the non-profit Restore Corps into a funded program where she could devote full time to advocacy, training and services. Her work is singular in the Memphis area and she is called on regularly by law enforcement and victims’ advocates to assist traumatized and scarred trafficking survivors.

After receiving her Bachelor of Arts in Psychology from University of Memphis in 2004, Rachel joined Youth with a Mission, an international volunteer organization for five and a half years. Over half of her time with the organization was spent in Cambodia where she worked with SALT Academy, Sports and Leadership Training, introducing soccer and leadership training to females ages 3 to 20 in orphanages as well as safe-house rehabilitation homes for victims of sexual assault and human trafficking. She still is in contact with women from the soccer teams she coached.

Upon return to Memphis, Rachel joined a local nonprofit called Operation Broken Silence working on human trafficking as the assistant director of the anti-trafficking team in 2010. Restore Corps was birthed out of that team in 2013 as Rachel worked at restaurants to pay her bills and dedicated every possible moment to building awareness and resources to help victims of trafficking.

Her team wrote and lobbied for 19 legislative changes, all of which are now in effect and which have made Tennessee a national leader in anti-trafficking law.

Gradually support grew for Restore Corps so that by 2016 Rachel could serve as the full-time executive director of the program, housed at Memphis Leadership Foundation. Last year the first part-time staff member, a survivor, was hired, joined this year by three more staffers and the opening of Restore Corps’ first transitional residence for adult survivors. Services for children include coordinating with foster parents.

Restore Corps is designated as the official Single Point of Contact agency for West Tennessee, part of a state system to assure each individual survivor’s needs are coordinated and met through a collaboration of nonprofits, direct service providers and law enforcement agencies.

Once a month, she joins partners who meet with women who have been arrested for prostitution for a program called Lives Worth Saving. Organized in December 2014 by Restore Corps, Memphis Police Department and the Shelby County District Attorney’s office, the class seeks to honor, educate and empower people exploited by the commercial sex industry. Those who complete the class are eligible to have current prostitution charges dismissed.

Rachel talks with them about victimization and asks who they know who has been a victim – of rape, of physical abuse, childhood sexual abuse, homicide. She helps them recognize the ways they are victimized by the sex industry.

Rachel says, “No little girl at 4-years-old wants to grow up and sell her body. We just have to believe that as a society. There are different elements of victimization – or at least vulnerabilities – that currently exist or have existed in their lives that put them where they are right now.”

Restore Corps’ vision is “to see a slave free community through the rehabilitation and empowerment of survivors and a community galvanized against human trafficking.” Rachel Sumner Haaga, 21st-century abolitionist, is determined to lead that charge.