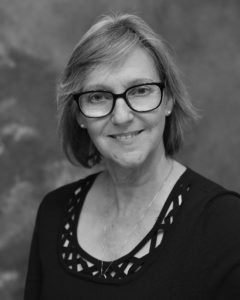 Since the 1980s, those who strive to assure American women access to complete reproductive health care, including termination of pregnancy, have been threatened with bombings, kidnappings, shootings and arson.

Doctors have been shot to death, even in their churches; nurses and other clinic staff have been killed or have lost eyes and limbs. Clinics have closed due to terrorism and those few that remain open strive constantly to protect personnel from danger.

In Tennessee last year, a proposal called Amendment One set out to change the state constitution’s protection of privacy rights that would grant state legislators the ability to pass unlimited restrictions on abortion, with no exceptions for rape, incest or saving the life of the mother.

Women concerned about the potential loss of healthcare and the likelihood that politicians could acquire control over women’s health care decisions organized across Tennessee to fight Amendment One. The Vote No on One campaign needed the voices of strong women – physicians, lawyers and healthcare consumers – to speak in commercials to educate voters about the potential impact of the amendment.

When the question was asked in Memphis – what doctor will appear in commercials to oppose Amendment One – Owen Phillips did not hesitate. This obstetrician-gynecologist, a specialist in high risk pregnancy and genetics, researcher and educator of student doctors raised her hand and signed on to be a face and a voice in support of women’s rights to control their own destiny.

In Owen’s commercial, which aired across the state, she told the compelling story of a patient diagnosed with cancer who chose to continue a pregnancy rather than treat her disease. She died – but she had charge of her decision. Owen said, “It was her decision and no one else’s.”

This heroic gesture was only the latest in Owen’s consistent support of women’s right to full reproductive care. She wrote an op-ed for the newspapers about the “dangerous and troubling” amendment. She wrote:
“I have had patients whose doctors advised them that because of their medical conditions, continuing a pregnancy would jeopardize their lives and leave their children motherless.
“I have had patients whose pregnancies resulted from failed contraception, even methods that were supposed to have been permanent.
“I have cared for 12-year-olds who have been raped by family members.”

Owen continued: “I am not in a position to make decisions for any of these women and their families, but neither is a politician or community member who has never faced such a terrible situation.”

Owen grew up in Jackson, Mississippi, where she earned her undergraduate and medical degrees. Even in high school she worked at a free clinic in Jackson, driving a home health nurse into the poorer neighborhoods to check on elderly residents.

Many years later, Owen joined Big Brothers Big Sisters where her relationship with one little girl has become support and mentoring for multiple children in two related families. In 2008, she received the Big Sister of the Year award for the Greater Memphis Area as well as volunteer of the year for the state of Tennessee for the organization.

Owen is a board member and past board president for the Memphis Area Women’s Council, a non-profit advocacy organization which seeks to eliminate barriers to women’s access to safety, equity and justice.

Being a visible face in support of reproductive rights has been deadly for physicians in our country but Owen Phillips does not hesitate. She has spoken out consistently in support of women and their sole right to make their own health care decisions with access to a full range of care.

Her heroic stance brings a reasoned, experienced voice to a difficult and urgent topic.