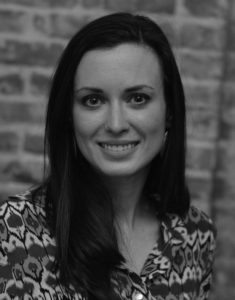 Meaghan Ybos was a 16-year-old high school student when she was raped, in her home, by a masked man who held a knife to her throat.

She waited in terror for her mother to come home – he had threatened to kill her family if she told anyone. Her mom called 911 and Meaghan began the first of multiple conversations with law enforcement when Sheriff’s deputies arrived. One cautioned that she could be arrested for making a false report if she were not telling the truth, if her story were just a grab for attention from her parents. The nightmare of reporting the rape went on for days – the hours-long forensic exam at the rape crisis center, the multiple interviews with officers. Even after a second rape nearby involving a young girl who physically resembled Meaghan, her parents could not convince police or local broadcasters to warn that a serial rapist could be stalking young women in Cordova.

And then nothing – no contact from the police, no word from prosecutors.
For the next 10 years, she struggled to cope with the trauma, pain and fear of not knowing who he was, where he was, while trying to live something like a normal life.

She finished high school, graduated from Rhodes College and entered law school at Ole Miss. It was in April 2012 as she anticipated law school graduation in May that her mom spotted a brief news report about a man being called “the Cordova rapist.” His attacks sounded eerily familiar; the Ybos contacted police and sure enough – when her forensic “rape kit” was tested, there was a match to Anthony Alliano, the Cordova rapist. In March of 2013, Meaghan was granted her request to speak to him at his sentencing in Criminal Court for multiple counts of rape.

Meaghan faced her attacker and had the satisfaction of seeing him led out of court into a 178-year prison sentence.

An experience that could have broken her became for Meaghan a purpose, a cause, a life’s goal. While studying for the bar exam, she went looking for a way to use her voice to bring attention to rape, the needs of survivors of rape and the need to hold rapists accountable.

She met with Deborah Clubb of the Memphis Area Women’s Council. The Council had worked intently and successfully on problems with rape crisis services and was engaged in ongoing efforts related to rape prosecution. Meaghan became an activist with the Council, working with Deborah to shape and convey a message aimed at encouraging leaders to address these needs. Part of that effort included becoming a part of the Victims of Crime Advisory League (VOCAL), a citizen group appointed by the Shelby County mayor to advise on needs of victims.

From there, Meaghan wrote and presented legislation to address the statue of limitations on rape cases and the use of DNA testing in those cases. The proposal failed to get through to the legislature in 2013; Meaghan rewrote it and is working with Shelby County legislators and others around the state to support it this year.

When the huge backlog of stored and largely untested forensic rape kits in Memphis Police Department possession was revealed in August, Meaghan went public as a survivor of rape. In local television interviews that were rebroadcast across the country, in web-based and social media, Meaghan heroically told her story, urging full action on the backlog and thanking local leaders for facing the task openly at last. Memphis police director Toney Armstrong eventually announced a tally of 12,164 stored kits.

Meaghan also has spoken on radio, to multiple print reporters and maintains a presence online, re-tweeting news stories and striving to keep a national spotlight on Memphis’ situation. For the Women’s Council, she contacted the Joyful Heart Foundation, the organization supported by television actress Mariska Hargitay, to ask for their help in widening the impact of the rape kit controversy toward real change in how victims and rapists are treated here.
Meaghan has become a fearless, determined advocate and activist for rape survivors. With more than 600 reported sexual assaults locally each year, we might expect that others would step forward in this cause – but Meaghan continues to be one of the few willing to speak publicly and consistently, to press for change, to demand attention and action, to demand justice for those who endure the horrific crime of rape, to put a face to the awful crime of rape.