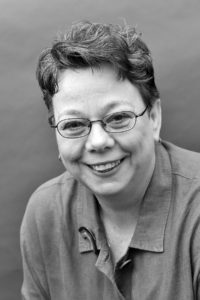 Deb Word is a courageous woman.

A cradle Catholic, she consistently confronts the church hierarchy on its homophobia, communicating with church leaders to insist that her gay son – and other LGBT youth and young adults – be accepted and celebrated by the church.

An active voice and champion for LGBT youth, Deb challenges herself and others to live their faith deeply through her ministry with parents of LGBT children.

She has been a leader on the Youth Service Committee of the Memphis Gay and Lesbian Community Center, ceaselessly advocating for “discarded” LGBT youth. Within the last year, she and Steve have provided respite for 8 LGBT teens in their own home, ensuring that abandoned and homeless LGBT kids would find a safe haven. Deb also coordinates food collection from area churches for the Memphis Gay and Lesbian Community Center Youth Services food pantry.

Deb created a postcard that she mailed to every Catholic bishop in the United States, urging them to stop denying gay people Communion, stop fighting efforts to pass marriage equality, stop encouraging communities to discriminate against gays and lesbians, and to open their hearts and minds and build a truly inclusive church. She also created a YouTube video directly challenging the actions of an archbishop who refused to provide communion to congregation members wearing rainbow ribbons in memory of LGBT youth suicides.

Deb started a national “wear a rainbow ribbon every Sunday in Advent” campaign, poignantly stating that wearing a rainbow ribbon “reminds those who would deny my child a place at the table that they don’t own the guest list.” Deb and her husband, Steve, are also active leaders in the monthly LGBT potluck at their church, and with the Parent Support Team for the Diocesan Catholic Ministry with Gay and Lesbian Persons. Deb is also on the national board of directors of Fortunate Families, a ministry with Catholic parents of LGBT children.

Deb’s determined and compassionate activism in the face of entrenched and institutional homophobia is truly inspiring to all who know her. She provides a courageous beacon of love and hope for the LGBT kids for whom she so doggedly advocates, and is an example of how one courageous, dedicated woman can truly make a difference.