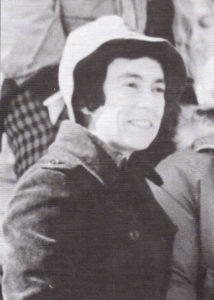 Judith Schwarz Scharff was a mother of four sons whose energy and dynamism established Memphis Planned Parenthood as a major reproductive health clinic in the Mid-South. Though she died of cancer at age 40, her impact lives on.

Born in New Orleans, Judith attended Connecticut College for Women briefly and married at age 17. Her first child was born two years later and by 1961 there were four. Her husband’s work brought her to Memphis in 1956 where she plunged into music and art groups, political campaigns and women’s causes with enthusiasm.

She was volunteering at a Memphis school when she encountered five teenage girls who were pregnant and first heard about an effort to establish a family planning clinic in Memphis. As she had done with other causes, she rapidly turned her concern into action and soon became the first board president of the newly revived Memphis Association for Planned Parenthood (MAPP) in 1966.

At that time family planning help for low-income groups was not available in Memphis except for a group of women voluntarily participating in a research project in City of Memphis hospitals. At the early meetings of the first board, Judith’s enthusiasm for the agency was unparalleled. Her faithful determination ensured Planned Parenthood’s success. She chaired many committees and often single-handedly accomplished their charges. She not only served on the board and committees, gave and raised money, but also worked clinics whenever asked.

She served on the national and southeast region information and education committees and served on the Memphis agency board for nine years. Judith was determined that every child would be a wanted child in this city. “The atmosphere of MAPP in this era was charged by Judith’s constant presence,” said former board president Ed Kaplan. “She was a magnet. She made us all brave because we were afraid to be less courageous than she.”

In 1975, after devoting many volunteer hours to Planned Parenthood, Judith took the job of director of information and education and continued until her death on May 10, 1976. The board established the Judith S. Scharff Memorial Education Fund and uses the proceeds to maintain a library for Planned Parenthood.

Judith had many interests beyond Planned Parenthood. She was administrative director of Transition Center, Inc., a board member of Citizens to Preserve Overton Park, a former member of the board of governors of United Way of Greater Memphis, and a member of United Way’s health and welfare planning council. She was secretary of the board of trustees of the Memphis Academy of Arts, a docent for Memphis Brooks Museum of Art, and a board member of the Memphis Orchestral Society.

Those who can remember or even imagine a time when birth control was unavailable to most women in Memphis, and when reproductive health care was a luxury for the wealthy only, will agree that Judith Scharff has left a rich heritage — a heritage that continues to enrich our lives today.