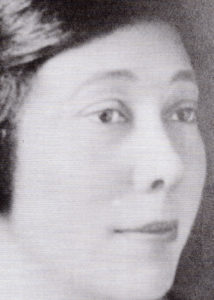 When Cora Price Taylor was appointed principal of the Manassas School in 1909, the facility provided education only through the eighth grade and was housed in inadequate, overcrowded facilities. When her tenure ended some 20 years later, the school had been through two major building projects and had expanded to offer high school diplomas.

Concerned about conditions at the school, Cora worked with leaders in the community to purchase land across the street from the school. In 1918 a sixteen-room stucco building was erected. Determined that students in the community would have the programs and facilities they required to obtain an excellent education, Cora once more went to friends and patrons for financial solicitations. Using student labor and help from men in the neighborhood, a two-story frame building was built to serve the industrial departments. In 1924, the first high school class graduated.

In 1927, Cora began a new campaign to build a school auditorium. So determined was she that this project be a success that she personally hauled bricks from Millington. The 1,200-seat auditorium still bears her name.

Cora died in 1932. Addie D. Jones, in Portrait of a Ghetto School, wrote that Cora’s administration was marked by initiative, profound planning, and an indomitable will to make her educational program succeed. In 1941, National Education Association Field Director Charl Williams described Cora as one of the truly great teachers, an inspiration to students and teachers both at Manassas and throughout the country.

Cora Taylor’s life represents years of devotion to the educational needs of African American youth. She worked tirelessly with the members of the black community and through foundations to realize her dream — that students would have access to an excellent education in their own community.