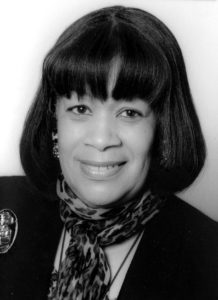 For more than 18 years, Novella Smith-Arnold has been dedicated to a single mission: chaplain for the men and women in the Shelby County jail. In her own words, Novella works with those whom no one else wants: the criminals, crooks and creeps – the disenfranchised and throwaways. But she believes that everyone deserves the love of another, and it is her calling to provide that love.

As director of the Calvary Episcopal Church Criminal Justice Ministry, called “We Care, Inc./Kids Care,” Novella ministers to the forgotten of society.

Many were outraged when in 1989, then-Sheriff Jack Owens declared Novella and her work with Shelby County inmates to be “a security risk,” and she was banned from ministering in the jail. But Novella stood her ground and, backed by a petition from the prisoners and the public support of many, she was able to return to her ministry.

And then a new affliction began sweeping the jail. The outbreak of AIDS was no less tragic among those in jail, and many times much worse. Novella found that prisoners with AIDS were often isolated, harassed and abused. Just as AIDS began to turn into epidemic proportions, Novella was again banned from her work in the jails. Today, she continues to minister to inmates even though she is not allowed in the jail.

Novella now has an even more personal reason to continue her work: Her daughter, adopted at age 13, is now fighting full-blown AIDS at age 32.

God said “feed my sheep” and Novella continues to follow His direction no matter what the odds. Since she began her career in broadcasting, Novella never dreamed she would end up ministering to criminals. But she believes that wherever God calls, we must go.

Novella’s work takes courage, with a generous helping of caring to go among the prisoners, and an ample amount of bravery to face up to the uncaring who would like to send her away.

Novella Smith-Arnold is currently the prison chaplain at the Shelby County Jail.