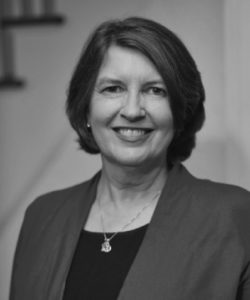 In 2010, Lisa Anderson, pastor of Colonial Cumberland Presbyterian Church, asked the congregation if they would open their doors to shelter the homeless. They said “yes” and Room in the Inn-Memphis was born. The program has grown from one church open one night per week to thirty-six churches, offering at least one location for shelter seven nights a week, November through April.

Lisa comes from a family of pastors, married a pastor and is a pastor herself. She was participating in a Bible study group that wanted to take their study from the page into an active service ministry. Due to her connection to the Burrito Ministry and the Urban Bicycle Ministry, she recognized the need for a free shelter for the homeless. She asked her church members to open the doors one night a week during the winter to those less fortunate, to feed them a home-cooked meal and to provide a safe place to sleep in unused classrooms upstairs. Based on a program in Nashville, visitors were to be treated as honored guests with congregation members preparing and sharing the meal and spending the night.

After two successful seasons, Lisa and the Colonial congregation decided they needed to recruit more faith communities to be a part of this important ministry. Peace Lutheran joined the effort in 2012. Five more congregations became Room in the Inn-Memphis sites in 2013.

Among those was Trinity United Methodist. Due to its location, the City Council ruled that opening the doors to the homeless would be a code violation.

According to Peace and Justice Center archives, “The City Planning Office is helping Trinity UMC to craft language to change the size of the property requirement in the code. It will go to the Land Use Board and then to the City Council and County Commission for three readings each, giving the public chances to object. However, this process begins in December and will last at least a couple of months. Our immediate need is to get started in November without the fear of a church being cited for this violation. This code is ignored for all other groups, the only reason it is coming up for Trinity now is the prejudice against the guests being homeless.”

Lisa went into action, giving many interviews standing on the steps of the church, speaking at a town hall meeting and appearing before the City Council. Her passionate explanations were heard and the program at Trinity went ahead.

Since that time, over twenty more congregations have joined.

Rev. Lisa, as she is affectionately known to her congregation, says that the biggest barrier to expanding the program is combating the many stereotypes surrounding homelessness: They’re lazy and don’t want to work. They’re crazy and not taking their medication. They’re drug addicts and not to be trusted. And, they’re dangerous. It’s not safe to be around them.

Some congregations have to be convinced that the homeless are people just like us and deserve to be recognized as such. Lisa Anderson’s explanations help allay these fears and bring support to the program.

Room in the Inn is not an attempt to resolve all the issues of homelessness. It is not a social service agency. Room in the Inn-Memphis is about changing people, guests and hosts alike. It creates an environment and an opportunity for the guests to learn that there are people who care and for the hosts to come to understand that the faceless figure on the street corner is more than a statistic. It is about serving without prejudice or pride. It is about accepting everyone. Room in the Inn-Memphis is about people of religion putting the tenets of their faith into practice. It is a ministry of love.

To quote her nominator, “Though small in stature, Rev. Lisa is tall in spirit.” She fearlessly fights to improve the lives of the homeless and to change the lives of those who help.