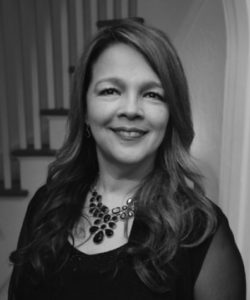 Ines Negrette immigrated to the United States from Venezuela in 1999 and settled in Memphis in 2000 with her husband and two sons. An attorney with experience in Venezuela as a public defender, in private criminal practice and as legal counsel for a U.S.-based organization, Ines soon began volunteering as a bilingual legal advocate for Spanish-speaking victims of domestic violence in Memphis. She eventually joined the agency’s staff and then became program director.

When Ines’ position as an advocate at that agency suddenly ended, Ines rallied her spirits, support and funding to create a new non-profit dedicated to Latina survivors of domestic violence, sexual assault, human trafficking and stalking. Casa Luz opened in May 2016 with the first Spanish crisis line in Memphis. With a staff of two bilingual/bicultural advocates and trauma-informed care, Casa Luz has already served 87 clients, aiding 264 children who are United States citizens.

Immigrant Hispanic women who are victims of domestic or sexual violence face countless barriers to services and to justice. Many are unaware that in the United States, the type of violence their partners have used against them for years is considered criminal. They do not know that they have the right to stop the abuse.

They might have no family in the country, speak no English, fear police and authority figures, know nothing about community resources, fear losing their children or being deported, be unable to work or drive. Leaving the abuser for a safer environment might mean losing not only his financial support and her possessions, but also the extended family who often are unsupportive, obstructive and resistant of her plans to leave or involve police.

Ines is known as a tireless, fearless and dedicated advocate. An immigration attorney who works with her wrote, “Serving a client population that is largely invisible in our society and that has such complex needs can be demanding and even disheartening, but Ms. Negrette maintained her relentlessly positive attitude; she taught me to celebrate every victory, no matter how small. Her focus always was on empowering each client to rise above her past so that she could be the author of the next chapter in her life.”

In October 2016, Casa Luz was awarded a federal grant of $600,000 to provide comprehensive services to women victims of domestic and sexual violence – strong evidence of the local need for these services and Ines’ determination to provide help to our most severely underserved victims.

Ines says her father Dr. Americo Negrette empowered her. He was a ground-breaking researcher into Huntington’s disease who recognized that his fourth child was different. When she took the unusual step of leaving her parents’ home before she completed law school, he told her, “Well, I will die happy because you fight for your dreams.”

Ines works closely with the Memphis Police Department to build a bridge of trust and open lines of communications with the Hispanic community. She is a founding member of the Voice of the Community, a group formed to assist and advocate on behalf of the entire Spanish speaking community in the greater Memphis area on quality of life issues including safety and education. In 2015 her work was saluted with the Ruby L. Wharton Outstanding Woman Award for race relations.

One of Ines’s mottos is: “We cannot solve every problem, but every day we solve more than one, no matter how tired we are.”

With Casa Luz, Ines is determined alleviate the suffering of women’s experiences, guiding them toward a path of healing and bringing hope to future generations, the future of our Hispanic community and our entire city.