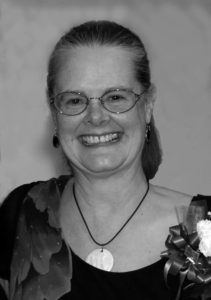 An individual sleeping in a doorway or bumming a cigarette in a church parking lot or pushing a beat-up grocery cart toward an abandoned building prompts most of us to shake our heads at the overwhelming problem of homelessness. We wonder about the person’s plight and debate whether we should do something.

June Averyt looks past the questions and just sees a potential friend.

A true advocate for people living on the street, her work goes beyond advocacy: She pursues personal relationships with people most of the rest of us fear or shun.

Pat Morgan, executive director of Partners for the Homeless and a social services colleague, put it this way: “June Averyt has her Ph.D. in social welfare, but it should really read as a doctorate of philosophy in homelessness as this has been her major focus for years. June does more than study homelessness and homeless people. She literally devotes her life to developing relationships with street-dwelling people with severe and persistent mental illness, chronic substance abuse problems, and/or dual diagnoses of mental illness and substance abuse. She uses trust to persuade them to accept housing and non-traditional services.”

June’s postgraduate work began at the University of Georgia, where she obtained a Master of Social Work in 1993. As she worked toward her doctorate, she amassed a variety of educational and work experiences in Georgia, Pennsylvania, New York and Tennessee. Internships with the Georgia legislature and Jewish Federation of Atlanta put her in a position to affect legislation and allocate grants. A four-year fellowship at the University of Pennsylvania Department of Psychiatry provided the opportunity to study mental health policies and to do ground-breaking research. She has taught, performed research, published articles and made many professional presentations. Her career took her to Manhattan where she worked for The Samaritans of New York, including three years as executive director. From 2000 to 2002, she worked as director of social services for the Salvation Army in Memphis, starting four new programs in 18 months.

Winning her doctorate degree came at the same time that June decided to fully pursue her interest in the homeless. She joined an ad-hoc movement among Midtown churches seeking to help the homeless. After two years of study the coalition launched a new nonprofit called Door of Hope and hired June as executive director.

Door of Hope’s mission is to provide a welcoming place where people on the streets can learn healthy living skills and build positive relationships. June calls it servanthood in action. That, according to Pat Morgan, describes June to a “T.”

“She puts people in her car, takes them to appointments, to apply for housing or just to their favorite haunts. When the people she has befriended become too ill to sleep outdoors in freezing weather, she has been known to open her home to some of the most fragile.” That’s true, says June’s husband Murray McKay, who married June two years ago on Valentine’s Day. “Taking someone in may be unusual, but it doesn’t seem extraordinary to us. We focus on
the fact that the person needs help.”

Murray says June’s work amounts to a religious calling. He adds that June had perfect models in her parents, both of whom spent time and fortune helping the needy and the mentally ill.