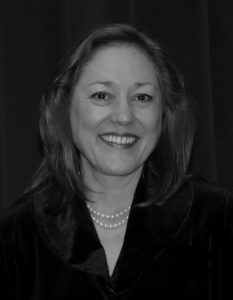 Jodie Vance, publisher of the Memphis Downtowner magazine, must have been imbued with the enterprising spirit early in life. For what else could have led her to see the possibilities of a publication devoted to downtown living and working in a recessionary time when just about everything downtown was depressed and only the most optimistic dreamers and developers could see a bright future for the core of the city?

Jodie is a product of the Delta. She was born in Webb, Mississippi where her parents were small business owners who demonstrated daily the values of hard work. She attended the University of Mississippi, earning a degree in sociology, with studies concentrated in social work, psychology and English. As she once said, “I have a degree in nothing and in everything.” Which is another way of saying Jodie was an entrepreneur in waiting.

After moving to Memphis in the 1980s, Jodie soon discovered downtown, where she found a few — but very friendly — downtown residents and merchants. She joined the Downtown Neighborhood Association and slowly, inevitably, the idea grew that led to the launch of a magazine on the strength of her $10,000 in savings, and the advice and help of a few friends.

While Jodie freely admits that she had no journalism experience – and really had no idea what she was getting into in late 1990 when she started putting together the first pages of the first edition – when did ignorance ever stop someone with her kind of initiative?

In the 18 years since that first 12-page mini magazine was published, the Memphis Downtowner has grown in size and content and has evolved into a sophisticated organ that is the voice of the central district with readership that extends well beyond downtown. It is perhaps not entirely a coincidence that downtown Memphis itself has grown and evolved at the same pace.

Along the way, Jodie has won many awards that reflect her accomplishments.
All the accolades come down to a simple philosophy.

“I felt my purpose when I moved Downtown, and I knew I had to publish a magazine about Downtown to do my part in bringing it back to life.”

Jodie Vance did her part, and more. Using her talents, she created her own future, and helped create a better future for Downtown Memphis and all of us.