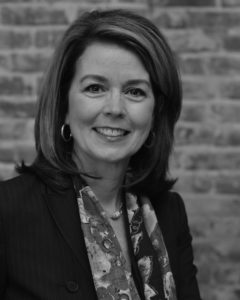 Philanthropist, business founder, civic innovator – Gayle Rose defines “initiative.” This native of Iowa came to Memphis with her degree in music and business to work in arts administration. Arriving in August 1979 to work as assistant director/development director for the Memphis Arts Council, she performed clarinet on the side in a quintet and in orchestra for local theater and opera productions. In 1984, she enrolled in Harvard’s masters of public administration program and in 1985 returned to Memphis to marry Holiday Inn Corporation CEO and chairman Mike Rose. The couple had three sons together.

Gayle became chair of the Rose Family Foundation and was a co-founder of the Women’s Foundation for a Greater Memphis in 1995. After the marriage ended, Gayle continued her role as a prominent philanthropist. And she expanded her community involvement to encompass areas as diverse as historical preservation, professional sports, and entrepreneurship.
She worked tirelessly in the effort to save the Hunt Phelan home, a Memphis landmark.

In 2000 and 2001, she was part of the seven-person Pursuit Team of local leaders that wooed and won the relocation from Vancouver of an NBA team – now the Memphis Grizzlies. With attorney Marty Regan, her partner in numerous community projects, Gayle had charge full-time of confidential day-to-day communications between the Memphis investors, the league and other team owners. Gayle says, “It was so confidential that my office staff and children didn’t know what I was working on.”

Her commitment to the NBA project was driven by her long passion for efforts to improve economic opportunities and community harmony.

That same passion moved her to lead the Women’s Foundation board into the Memphis HOPE VI project that replaced crumbling public housing with new buildings and supportive social services. Since nearly 100 percent of leaseholders in the properties are women, Gayle asked the foundation board to be the private nonprofit to raise and receive $7.5 million in private funds for the comprehensive case management portion of the city’s application for federal grants. Gayle committed to lead the fundraising and considers it one of her most important projects. The Women’s Foundation raised $7.7 million over five years for Memphis HOPE.

In business, Gayle is currently founder and CEO of a technology and business continuity company, EVS Corporation. EVS has 18 employees and in 2012, Gayle was named CEO of the Year by MBQ magazine.

She continues as chair of the Rose Family Foundation private charity as well as her newest venture, Team Max, named after her late son, Max Rose, who died in a car crash. Team Max is a social media based volunteer activator for youth, which mobilizes support for causes across the globe.

Gayle became chair of the board of the Memphis Symphony Orchestra last year. She is presently leading the effort to reorganize and fund the symphony as it copes with a financial crisis that threatens its very existence.

Gayle has written powerfully about her dedication to strengthening our community by improving the lives of women through philanthropy, community redevelopment and political action: “Women need to understand that in Memphis, and throughout the world, poverty has the face of a woman. We need leaders in government who understand that ignoring the empowerment of women results in social costs, which keeps our community lagging behind. And we need leaders in the community who can advocate economic and social parity for women, as well as job training, child care, healthcare, reproductive rights and education. We all pay the price for the suffering of our women and children through our tax dollars, schools, property values, healthcare costs and crime rates. . . As a community and a nation, we all lose if women lose.”

Gayle Rose invents ways to make change, to build new opportunities for herself and for others. She invests, she initiates, she inspires, she innovates – she uses her talents to create her own future despite personal tragedy or long odds – and we and our children benefit.