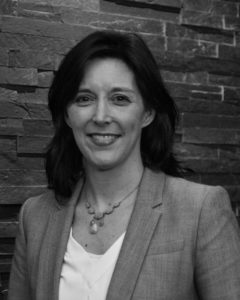 On a list of taboo subjects in our community, the right of a woman to make her own reproductive choices would be near the top. In this conservative part of the country, that’s a conversation that most people would rather avoid, yet in her role as President and CEO of Planned Parenthood Greater Memphis Region, Ashley Coffield stands up and speaks out daily.

As columnist Gail Collins said in The New York Times this fall, “Being at the helm of Planned Parenthood in the current climate is more like steering a boat carrying unstable explosives…while surrounded on both sides by enemy pirates throwing burning torches.”

But Ashley Coffield is up to the challenge. A fearless leader, passionate advocate and champion for women’s health, she joined Planned Parenthood Greater Memphis Region at a watershed moment and has led PPGMR through many transitions. She has overseen the expansion of advocacy efforts to empower patients, led staff and hundreds of volunteers throughout Tennessee during the Vote No on Amendment One campaign in the fall of 2014 and led the battle against new anti-abortion laws in Tennessee in 2015.
Born and raised in Hot Springs, Arkansas, Ashley came to the “big city” to attend Rhodes College. As a student with no insurance, she was a patient of Planned Parenthood. She was so impressed with the organization’s compassionate and confidential care that she became a volunteer health educator. That sparked an interest and set her on the path of a 20-year career in public health that has included time in Washington, DC, at the Public Health Foundation and later leading the advocacy group Partnerships for Prevention for 12 years, three as executive director.

When she and her husband decided to return to Memphis to start their family, she telecommuted to her job in Washington but joined Planned Parenthood as a board member for 9 years, serving 2 as board chair. She left the board for a couple of years but was asked to serve on the Search Committee for a new Executive Director. This led her to apply for the job with an organization she reveres.

Founded in 1938, as a result of women’s kitchen table talks, the Memphis Planned Parenthood provides high-quality, affordable reproductive services and education to women and men throughout the Mid-South, regardless of their ability to pay. This year PPGMR celebrates its 75th anniversary.
Ashley became President and CEO on April 1, 2013. It has been a momentous three years.

Asked if she worries about the daily protesters outside the clinic, she said, “They don’t worry me…though there have been some dark days……It’s the politicians in office who want to remove the rights for which we’ve fought.”
Ashley says that the courage required for this job is not in facing the protesters or the threats but the courage needed to talk about abortion; to work to remove the stigma around discussing unplanned pregnancy.

She fights for women who have no voice, especially poor women who struggle to get family planning services through Obamacare or Medicaid Insurance.
She credits the debate over Amendment One for opening the public conversation in Tennessee. She sees a huge difference in Tennessee women’s willingness to speak out since that battle over the state constitution and women’s rights. The silent majority was activated – and Ashley and PPGMR led that fight. She worked literally day and night for weeks on end in the finally-unsuccessful effort to defeat the amendment and is vigilant now in efforts to block new laws it made possible that can further restrict or end a woman’s right to full reproductive healthcare in Tennessee.

Ashley feels strongly that people should live the lives they want to lead, not based on what someone else wants them to do – whether a partner, spouse, parents or government. She works to provide a safe place for women and men to make their own important decisions free of judgment or coercion. That’s what motivates her to have the courage to get up every day and keep fighting to keep the doors open and choices available.

Ashley Coffield is the 2016 Woman of Achievement for Courage.