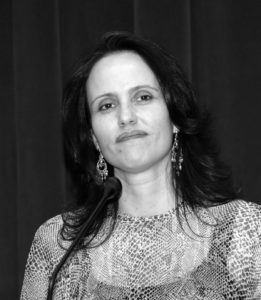 As director of Immigrant Women’s Services for the Memphis YWCA, Africa Gonzalez can find herself in tense and difficult situations, facing angry husbands or clerics, neighbors or community members intent on their own interpretation of what immigrant women should be doing.

Helping women who are victims of domestic violence become safe and secure, helping them achieve their rights in a new country, helping them maneuver a strange landscape to get medical care and education for their children – all these things are the daily “to do” list for Africa, herself a survivor of a violent relationship.

After first coming to Memphis from Mexico 12 years ago, Africa moved here in 1999 to take a job with the Memphis Police Department communication division as a liaison for the Latino community. She was an interpreter and helped people deal with the legal process in the Criminal Justice Center where she was allowed to open the Hispanic Office.

When she learned that the Memphis YWCA was seeking an advocate for immigrant women, she left the police department and developed the program to help women in the domestic violence court and in the Order of Protection hearing room. Starting with Africa in 2003, the program now includes one full-time court advocate and three part-time. Almost 3,000 calls for help came to the Spanish line last year, 900 attended support group and 270 victims were helped with court matters – over 900 assists with filing orders, appeals or violations.

Africa collaborates with Latino Memphis, the Exchange Club Family Center, the Memphis Child Advocacy Center and other groups to connect immigrant women and their children to services. Africa is co-chair of the Shelby County Domestic Violence Council, speaks to groups and on the radio and is known for her work – but that’s not always a good thing.

She has had harassing emails, complaints from strangers at community events, even abusers who confront her in court.

“There’s a strong patriarchal rule that women should be in the house serving men,” Africa said. “Women helping other women stand up for themselves – these men see that as a threat, that we are changing these women and they’re becoming bad women.”

After one abuser showed up at her home, she moved to protect her children. “It was too dangerous to live there,” Africa said. “No one really knows where I live.”

Women caught in domestic violence suffer isolation, injury and fear. When that woman is a newcomer to this country, struggling to communicate and understand how to use the laws to protect herself and her family, perhaps unskilled or unemployed and with no financial resources or place to live – the challenges she faces are enormous. The YWCA Immigrant Women’s Services tries to understand that tangle of problems and help women find a way out. And Africa wants them to find their own voices.

She said, “My hope is to empower the Latino women I come across when I speak or do presentations, helping these women to have more control over their lives, to be able to use birth control if they want to, to report sexual abuse, to be more educated in terms of things that will better their lives – English, parenting skills, sexual education.

“If I don’t do this, the problem will continue generation after generation.”

Her dream is to add Arabic- and Vietnamese-speaking advocates to do outreach in those communities where she knows need is high and growing.

Africa Gonzalez speaks for those who cannot speak for themselves. She guides the lost and vulnerable. Africa’s courage fortifies her every day as she continues the necessary, dangerous work of rescuing women and children.