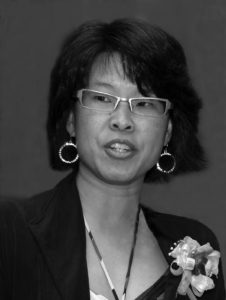 In 1994, Corinne and Todd Derenburger’s third child, Ryan, was born. His birth was difficult. His umbilical cord was wrapped around his neck. From the first, his mother knew something was wrong. It took a year of doctor’s visits for a diagnosis. His birth injuries had caused severe physical and mental disabilities including mental retardation, cerebral palsy, and autism. A year after Ryan’s birth, a fifth child was born, and the entire family struggled to cope with Ryan’s conditions while maintaining as a normal family life as possible.

In February, 2003, Ryan received a terminal diagnosis. He was expected to live only until the end of the year.

Struggling with the news, Corrine wanted to do something to honor Ryan’s life and perpetuate his memory. After many tears and prayers, she knew she must do two things – first, keep a journal of this difficult time – and second, remembering her family’s nine years of coping on their own, start a support group for parents of children with non-specific severe disabilities.

The journal turned into the book, RAISING RYAN, which was published by Thanksgiving 2003.

The first support group meeting was held in September of that year at Christ the Rock Church. Word spread through email and word of mouth. Fifteen families came that first night, as well as teachers and friends. Because of their great need, people came to Collierville from as far away as West Memphis and Millington and Ryan’s Hope was born. The group incorporated and within 3 months had their 501(c)(3) status. Thankfully in 2007, against all odds, Ryan was still alive and Ryan’s Hope was going strong and Ryan’s Playground was underway.

What next? Respite and recreation.

Families with children with special needs live under tremendous stress. Ninety-five percent of these families are torn apart by divorce.

Wouldn’t it be wonderful to have a place with universal accessibility where families could have fun together? Corrine and her family had looked everywhere, including Disneyland, and such a place didn’t exist.

Corrine and the board of Ryan’s Hope got busy and came up with an idea: Turn 132 acres of public land into a semi-private recreational complex. In May 2007, they presented a well-developed plan that included goals, facility descriptions, timelines, a communications plan, and a list of project team members. Best of all, the plan would use public land but privately raised funds. The Collierville Board of Aldermen was impressed. But on June 15th, angry neighbors swarmed a meeting to protest the project and it was put on hold.

But Corrine didn’t give up. Soon other communities were clamoring to become home for the Ranch.

Corrine’s dream has always been for Ryan’s Hope, Ryan’s Playground and Ryan’s Ranch to be models for other facilities and the dream is becoming a reality. There are already two programs in Tennessee, one in Oklahoma, and two that are underway in Mississippi. And Ryan’s Hope is partnering with six other groups to have one here.

Corrine is now working with Mayor Wharton’s Sustainable Shelby Committee, introducing the idea that truly integrated communities are universally accessible communities. She talks about the need for adult changing tables and other things most of us have never even considered. And she’s also getting ready to run for public office.

On December 22, 2008, Ryan’s Hope has its fifth birthday. And thanks to the courage of Corrine Derenburger, we’re on our way to becoming an accessible community.

Corinne Derenburger and her family relocated to New Orleans but continue to support development of recreational facilities for handicapped children and their families.

Corinne Derenburger continues to work for the Ryan’s Hope.