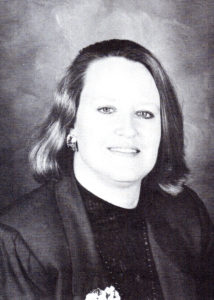 Paula Casey has a vision of women taking their rightful place in the halls of power. She has worked tirelessly and creatively to make that vision a reality.

Paula is a co-founder of the Memphis Women’s Political Caucus, was president of the Tennessee Women’s Caucus, served as a charter member and secretary of the Economic Justice for Women Coalition, and is currently a board member of Woman’s Party Corp. in Washington, D.C., which maintains the Sewall-Belmont House, a depository for women’s suffrage memorabilia.

In 1989 Paula founded VOTE 70 and incorporated it with Carol Lynn Yellin and Joan Horne Lollar to celebrate the 70-year history of women’s right to vote. Frustrated with the lack of information concerning the suffragists in history books, she decided to take action. The result is a 12.5-minute video, Generations, detailing 70 years of struggle for the right for women to vote. It is now available in all 50 states and at the Smithsonian Institute.

Other activities include over a decade of work for the YWCA as both a volunteer and board member and as a board member of the National Federation of Press Women since 1977. A former newspaper journalist, Paula brings powerful energy and enthusiasm to her causes. She is a voice for Tennessee women on political issues. An example is this comment from a July 1991 story about Gov. Ned McWherter’s failure to appoint women to the University of Tennessee’s 24-member Board of Trustees: “The very fact that he cannot look at that and say ‘What’s wrong with this picture?’ suggests he needs some consciousness-training. He’d never dream of appointing an all-white board. Why doesn’t he know better than to have all men?”

Carol Lynn Yellin says, “She carries people along with her own spirit.” And Marilou Awiakta adds that “Paula has, as the Indian people say, ‘a good mind’ — that is, she is positive in thoughts and spirit and works for the good of the people.”

It is no coincidence that these past recipients of the Vision Award mention spirit. For Paula’s spirit is strong and a model to us all. Her nominator says, “Paula is indeed a hero, not only to me, but to every little girl in America who may grow up to realize all her dreams without limit and to every woman in America who already can.”

It is her vision of equality for women that makes this true.