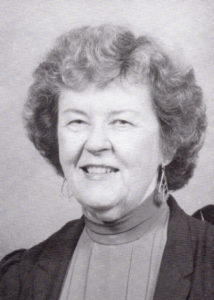 Author, editor, activist, mentor — Carol Lynn Yellin has been part of the Memphis community since she moved from New York in 1964.

While editing Reader’s Digest Condensed Books, she quickly became active in civil rights, joining the black and white women in the Saturday Luncheon Club who tested desegregation laws by dining in various restaurants. Three days after the assassination of Dr. Martin Luther King, Jr., she and her husband David founded the Memphis Search for Meaning Committee. She obtained grant funds and worked with volunteers in the massive job of documenting Memphis events of 1968. A National Endowment for the Humanities grant turned their labor into the Memphis Multi-Media Archival Collection at Memphis State University.

Before the demise of the first campaign for ratification of the ERA, she organized pro-equality luncheons and helped organize a citywide celebration of the anniversary of women’s suffrage in Court Square, featuring the man who cast the deciding vote in Tennessee in 1920 that led to voting for women. She has marched on the county courthouse, pressing for women on juries; helped found the Memphis Chapter of Women in Communications, Inc., the Economic Justice for Women Coalition and Women of Achievement, Inc. Her article on the suffrage movement, published by American Heritage magazine in 1979-80, is regarded as source material by scholars. She is comfortable dealing with “old-timers” in the women’s and civil rights movements as well as with young women who are just beginning to understand the sacrifices of those who came before them.

Carol Lynn Yellin has a vision — a vision of equality and opportunity for women of all ages, races and backgrounds.

Carol Lynn incorporated VOTE70 Inc. with Paula Casey and Joan Horne Lollar in 1989 to celebrate the 70-year history of women’s suffrage. She is working on a biography of Mahatma Gandhi.