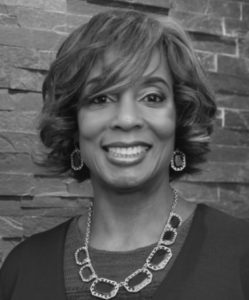 Following a long career educating young children and raising her own three, Linda Sessoms wanted to do something significant with her life. Eager to stay healthy, she reignited her own long-time interest in running. In 2006, she recruited several like-minded enthusiasts and they were off!

The group became Sisters in Motion. Their mission: To encourage and support adult African American women of all ages to become physically active through regular exercise in a supportive and non-threatening environment.

The group size varies from year to year, ranging from 100 to over 200 participants. Before joining, members must have doctor’s approval and attend orientation. Linda provides a daily run schedule, weekly run routes with mileages and schedules and an annual major race for the group. On Saturday mornings, the group runs together in locations all over the Memphis area. One Saturday, it might be downtown on the river; another Saturday it could be Shelby Farms, but rain or shine, coldest winter or hottest days of summer, they run. They also participate in marathons, including St. Jude and one year in Jamaica.

The group initially grew by word of mouth. It now includes women from all walks of life; women who would otherwise have never met. Women in their 30s through their 60s participate. The group takes in new members every April and this year has women in their 70s waiting to join. Women come to the group in varying degrees of fitness and weight. Some run, some walk, but all are committed to staying in motion.

With obesity and diabetes on the rise, the importance of this group is enormous.

Women in Motion promotes a healthy lifestyle. In addition to exercise, the group provides information and schedules speakers on health-related topics such as nutrition. Concerned about mothers and children, the group has raised over $100,000 for Christ Community Health Center to go towards reducing the high infant mortality rate in Memphis.

Some women come for fellowship and fun; others come with specific goals, such as weight loss or preventing diabetes. Linda’s biggest challenge? Encouraging women to literally just get off the couch and want to do this. Linda says, “Women get a bad rap; women can come together and work hard and not be catty. We can be happy when something good happens and be supportive when support is needed.”

Linda’s vision is for women to be consistent, stay on the course, and believe that you can do whatever you set out to do. Whatever obstacle comes your way, push through it. Don’t worry what others are doing; just put one foot in front of the other and keep moving. And whatever you are doing, try to do it better.

In April, thanks to Linda’s vision and steady leadership, Sisters in Motion celebrates its tenth anniversary.