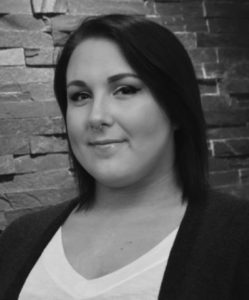 At birth, she was given the name Dylan, a name befitting the handsome little boy she was. Today she is Leah.

Dylan always felt different. As a child she dressed up in her mother’s lipstick and sang along with Britney Spears. As a young teen she came out as gay, but something still felt off. She felt uncomfortable in her own skin. And then one night, she stumbled upon a video of a beautiful transgender woman and it hit her like a bolt of lightning. “I’m a trans woman.”

In 2013, Dylan was a senior at South Panola High School in Mississippi, a school best known for its powerhouse football team, and she looked like your average teen boy— wearing hoodies and baggy pants. But outside of school, Dylan had changed her name to Leah and her pronouns from “he” to “she.” She was ready to be fully “out.” She began to make plans to attend the prom as a girl.

Mississippi is a state with no laws protecting the trans community. In fact, a law was passed in Mississippi shortly after Leah’s graduation called the Religious Freedom Restoration Act. It protects religious people from legal repercussions if they verbally condemn the lifestyles of LGBT persons. Additionally, under this law, businesses can refuse services to LGBT persons. Abusers and bigots are protected, but in Mississippi LGBT persons can be evicted or fired just for being LGBT. With knowledge of these laws you might say it is foolish, even illogical to come out as a proud trans woman, but Leah could not bear to live a lie. She could not bear going to school dressed as a boy now that she had discovered her true self.

Over winter break of her senior year Leah wrote to her school and explained that she was transgender. She asked permission to finish out the year as her true identity—dressing as, and being addressed as, a woman. The school wrote back to say they had never heard the term “transgender” and that school policy stated she had to dress in the style befitting her sex.
“I was distraught” Leah said. “I had six months of school left… I just wanted to be the real me.”

Kim Hood, Leah’s mother, found much at fault with the school’s response. She contacted The American Civil Liberties Union of Mississippi and insisted they come to her daughter’s defense. The ACLU began to work with Leah’s school to ensure a smooth transition in the early stages of Leah’s gender transformation.

Quickly, local news outlets in Mississippi picked up the story, then it spread into Shelby County, Tennessee. “Male high school student in Batesville, Mississippi, will finish year dressed as a girl,” was the title of a story about Leah in The Commercial Appeal. Then it became international news. British publications The Guardian and The Daily Mail picked it up, among others. Leah did several interviews. A Facebook page called “Mississippians Support Leah” got more than 1,500 “likes” in less than 24 hours after being created. Supporters from all over the world wrote notes of support to the young, brave girl in Mississippi.

Leah was careful to dress nicely for her first day attending school as a woman. She was interviewed by WMC-TV, a local Memphis news program, and discussed planning her outfit. Leah proudly reported, “I wore jeans and a cute top and I wore high heels.”

But there was backlash. Leah was greeted at the school gates by a group of religious protestors — fellow students and parents wearing t-shirts that read, “You’re going to hell” and, “abomination.” They hurled insults at her and refused to use gender pronouns. They called Leah “it.” Leah was frightened and upset. She stayed away from school for several days.

When she returned to school she dealt with a new set of bullies. Girls stared at her as she walked down the hall. Girls laughed at her and took pictures of her with their phones. Classmates whispered and stared. “But the bullies never had the courage to say anything to my face,” Leah said, “and my friends were all there for me.” And then, slowly, other students began to approach Leah. They congratulated her. They told her she was brave to face the protesters as her true self.

Eventually, things got back to normal. No more protests. No more news reports. People got used to the new Leah and she went about living her life. Leah now lives and works in Oxford, Mississippi. After taking some time to care for herself, she now has great hopes of getting back into the advocacy arena and working to help and support others who are experiencing the same abuse and fear that she once faced. Leah will tell you this experience in high school feels like a lifetime ago, but she continues to be a remembered and visible trans figure in the community. She is surely a ray of hope for other trans people in Mississippi.

During the heavy coverage of her transition, a letter to the editor was printed in The Commercial Appeal in Memphis. The author, Anne Brownlee Gullick, chair of the Tennessee Equality Project Shelby County Committee, wrote of her proud support of Leah. She wrote, “Leah’s courage and strength exhibited in her public transitioning while still in high school in Mississippi is something to be honored and nurtured… When this chapter in Mississippi LGBT history is written, Leah’s very real, very human story will be remembered for making it easier for the next generation of LGBT young people to tell theirs.”