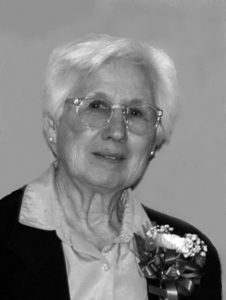 A native of Missouri, Ginger Ralston was born in Waynesville, raised in Lebanon and attended college in Springfield. She became “Ginger” the summer before her junior year while working a summer job with her friend Stella. Stella gave them both nicknames and Virginia liked Ginger so well that she’s been Ginger ever since.

She and her husband moved to Clarksdale, Mississippi, in 1955, where they lived for the next thirty years. There Ginger raised their three sons, was PTA president and worked diligently for the American Association of University Women and her local garden club.

While raising her family, she decided to follow in the footsteps of her maternal grandmother and her mother and enter the world of property management. When her grandfather died, her grandmother was left with four young children and no income. To support her family, she built three houses to rent to boarders. Her mother inherited one of the houses, which she in turn managed, resulting in college money for Ginger. After Ginger’s youngest child started to school, she bought a lot, built a 24-unit apartment building, which was soon followed by another.

It wasn’t until 1991 that Ginger became active in women’s political issues. That was the year that she discovered that her favorite aunt, Fairy, had died because of the lack of safe and legal abortion. Told by her doctor to avoid the condition, Aunt Fairy had two difficult and dangerous pregnancies resulting in two children. The third pregnancy resulted in this beloved aunt’s death. Ginger was at the university when this happened and never knew what had happened. When she heard the story in 1991 the political became personal and Ginger became actively pro-choice and actively involved in women’s issues.

Since that time Ginger has worked tirelessly for the AAUW, the Women’s Political Caucus and the Unitarian Women’s Alliance, Women of Achievement and the Public Issues Forum. Ginger became well known as someone who could be counted on to be present – and representing multiple organizations – at any significant gathering focused on women’s issues and women’s needs.

Quoting a letter of support from City Council member Carol Chumley, “Mrs. Ralston’s boundless energy, enthusiasm and advocacy for women are remarkable. She is not often out-front but is always working diligently and steadfastly behind the scenes….She is probably the most knowledgeable person in Shelby County regarding the voting records of elected officials and positions taken by candidates for public office on issues affecting women and families.”

Many of us can attest to that. When we open our email accounts we’re very likely to find a message from Ginger updating us on the issues and providing contact information so that our voices can be heard by decisions makers at all levels.