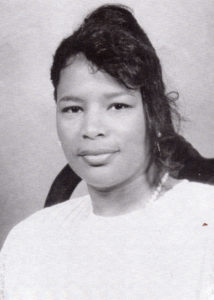 Edith Kelly grew from her grandmother’s house in Oxford, Mississippi to a position in senior management at Federal Express. Along the way, she is paving the road into corporate America for future generations of women.

Born into a poor family, Edith was raised by her grandmother, who worked as a maid at then all-white Ole Miss. She attended segregated high school until her senior year when the school system was integrated. Always an outstanding student, her interest in math led her into an accounting degree at the University of Mississippi.

With no professional role models in her family, she struggled to adjust in her first job in an accounting firm where she was the first black person and one of only three females on a professional staff of 60. She was once asked by a senior partner not to return to an audit because one of the firm’s clients did not want a black person working in his office.

In 1974 Edith sat for her CPA and became the youngest black person — and one of the first black women — to pass the exam in Tennessee. She became a leader in accountants’ professional organizations where she encouraged women to enter accounting and informed the public and the profession about the skills and achievements of women in accounting.

She joined Federal Express in 1977 as a senior accountant in the general accounting area, and moved to manager and then director. When she made a lateral move to manage Publishing Services, employees took bets that she wouldn’t last six months. She stayed 14 months, developing operational experience, and was promoted to vice president of internal audit and quality assurance.

Edith has been recognized by Dollars and Sense and Ebony magazines as an up-and-coming woman in corporate America. She remains the first and only black vice president at Federal Express. She speaks frequently to groups of working women and students to tell her story of success and to urge them on.

“I started from scratch, and many of them are,” she says. “At any point, on any day, or sometimes within any minute, discouragement can be such that it’s easier to give up … but the real importance of this to me will be an easier road for my children and other children to walk in Corporate America.”