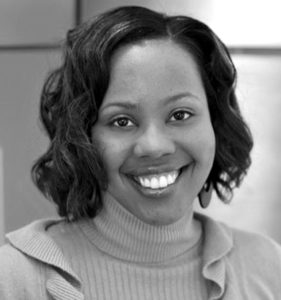 Summer Owens’ childhood ended when she got pregnant on her 15th birthday.

Rather than become a silent statistic of poverty and ignorance, though, she has become a voice of warning and encouragement to young people everywhere. She tells her story in public speeches, on television and in the book she wrote and published titled Life after Birth: A Memoir of Survival and Success as a Teenage Mother.

The story begins with an encounter with an older guy in her hometown of Bolivar. They were fooling around. She was a virgin, a sophomore in high school. No adult in her world had ever talked to her about sex or the consequences of sexual activity. She let him touch her. He went further. What happened didn’t even feel to her like completed sex.

Four weeks later she went to a health clinic to get checked for STDs and tests showed she was pregnant. “Nobody ever talked to me which is why I talk now to girls – and boys – because it seems it is difficult for parents to talk,” Summer says.

With younger siblings at home and a stepfather with whom she had conflict, Summer moved in with her grandmother in Jackson. After her baby boy Jaylan was born, Summer was out of school for six weeks. When she went back to class at Jackson Central-Merry High School she had to catch up in chemistry, French and geometry while studying the current six weeks’ material.

Her grandmother, then 75 years old, helped with the baby. Her typical routine: Up at 5 to prepare Jaylan’s bottles. Off to school and then to after-school student government, Beta Club and yearbook meetings. Home to tend the baby and do some homework. Off to Arby’s to work as a cashier. Return home to tend the baby. Drop into bed around midnight. Repeat. She soon added a weekend job as hostess at Waffle House because, as she learned, babies cost a lot.

Her hard work and intelligence paid off! She graduated eighth in her class of about 300 and was elected Most Likely to Succeed! When she won an Emerging Leaders Scholarship to the University of Memphis, she left Jaylan with her grandmother and moved on campus for her freshman year, going home every weekend. Jaylan sometimes visited in the dorm and went to class with Summer. He learned his numbers and letters sitting in class.

That’s when Summer went to work in ticket sales for the Memphis Grizzlies. She pursued a master’s in business administration from Bellhaven University while rising to the position of marketing manager for the Grizzlies. She worked 70 to 80 hours a week, saved money and bought her first house in Bartlett.
In 2006, she joined ServiceMaster as a marketing manager and in 2007 joined the marketing staff at FedEx Corp where she today holds the position of senior marketing specialist.

Over the years, Summer’s friends wanted to know how she managed to accomplish so much when so many teen moms don’t. The questions led to her self-published memoir, which she began promoting on Facebook. Requests for speaking engagements soon rolled in from youth groups, school groups, even college. Now she has a website, publishes an online newsletter and volunteers as a mentor through Memphis City Schools.

Summer is the mother of a 17-year-old, now, and offers clear guidance to adults and teens: “It is our responsibility to love, nurture and educate our youth so that they can make responsible choices with regard to their sexual behavior,” she says. “We do live in a world where girls and boys are having sex, and they need to know (that) if this is the choice you make, these are the consequences.”

In her website and her presentations – from Frayser to Texas to Kentucky, from Channel 3 Live at Nine to CNN – Summer Owens urges parents to talk to children about pre-marital sex, teach them about making good choices. And she urges teens who have become parents to make their lives the best they can be, heroically using her own story of pregnancy and hard work to warn, guide and motivate today’s teens.

We thank her with the 2012 Women of Achievement award for Heroism.