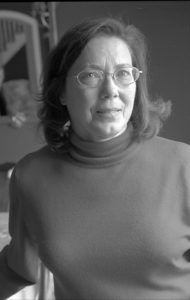 The men around her just went too far.

Sharon went to work for DuPont in the hydrogen peroxide unit in 1977 in Memphis. In 1995, she left her job with a diagnosis of post-traumatic stress disorder brought on by years of harassment and isolation at the male-dominated plant. In 1997, she sued DuPont. In 2001, the U.S. Supreme Court heard her sexual harassment case and unanimously cleared the way for larger damage awards to workers who lose their jobs because of illegal discrimination. The story of her battle appeared in newspapers nationwide.

A 1965 graduate of Westside High, Pollard was divorced and raising a daughter alone when she was hired at DuPont as an assistant operator at the company’s tank farm in North Memphis. One male coworker grabbed her rear end; another reached into her overalls. That was the extent of her problems until her promotion to operator in 1987. She moved from working outdoors, where she turned valves on giant tanks, to the control room where crews of six worked each shift monitoring the chemical process. She was the only woman on her shift and trouble with coworkers started immediately. One placed a Bible on her desk open to the passage “I do not permit a woman to teach or have authority over man.’’ Men she worked with asked if she would like to have sex, cursed her and defaced the bathroom with a drawing of large breasts and graffiti.

As incidents stacked up, Sharon reported some and let others slide. The worst of the harassment started after Sharon spoke to girls visiting DuPont for Take Our Daughters to Work Day in 1994. Others on the shift were instructed not to eat with her, be in the break room with her or talk to her. And the men routinely used foul words for women. She went to management. She asked that the four women in that area work the same shift. Management refused. She asked for medical leave and began to see a psychologist. Determined to reach retirement, in February 1996 Sharon met with managers but the only offer was to go back to the control room. She declined and was fired. At trial in federal court, she listened to DuPont employees lie. But in federal court, she won a judgment for $407,000 in back pay and damages, a judgment affirmed by the Sixth Circuit Court of Appeals. Sharon went on to the Supreme Court to ask whether federal law limits the amount of damages victims of job discrimination can collect to make up for lost future earnings. The court ruled that she and others deserve more. “Hopefully, the message has been sent by the courts that you are going to have to straighten out the work environment and I feel really good about that,’’ Sharon said. The men who abused her still have their jobs. The main perpetrator never received a reprimand and was never disciplined. There was no further investigation. Sharon continues to work on her emotional recovery.

In October 2003, DuPont was ordered to pay Sharon $2.5 million in punitive damages but the $24 billion multinational company appealed the federal judge’s decision in November 2003.

On June 22, 2005 the Court of Appeals stood by the District Court’s decision to make DuPont pay Pollard $2.5 million in compensatory damages.