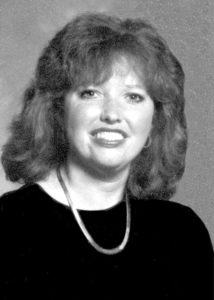 Jodie Gaines, daughter of a wealthy owner of a furniture factory in McKenzie, Tennessee, had just turned 18 when she was kidnapped April 18, 1978, by three men and held captive five days.

She grew up in Carroll County, about 115 miles northeast of Memphis. Starting in the 10th grade, she attended Lausanne, a private school in East Memphis. She’d make the two-hour drive to Memphis on Sunday evenings and return to McKenzie on Friday afternoons. On one of those Fridays, she had dinner with her parents at the Carroll County Country Club and was stopped by a car with police lights shortly after she drove away. Three men claiming to be conducting an undercover drug bust forced her into the back floorboard of her car. She was imprisoned, first in her car in the Henry County woods, and then in a concrete-block fishing cabin on Kentucky Lake where she was handcuffed to a bed. She was beaten repeatedly and raped.

On Monday afternoon, the men left to arrange and collect a ransom. They returned once, to get an answer to a question that would prove to her family that she was alive. The men left again and for hours, Jodie beat on the bed. She kicked it and hit it all night long. Sometime after dawn on that Tuesday, the bed broke and she freed herself. Meanwhile, authorities arrested the kidnappers, who never got their hands on the $250,000 her father had borrowed and placed under a river bridge. Two attackers pleaded guilty; Jodie testified in the trial of the third, who was convicted as a result of her testimony.

Jodi went on to college at Southern Methodist University in Dallas, but sometimes felt suicidal and hated men. She moved further from McKenzie, to California, worked as a waitress and met a firefighter named Jeff Johnson. They married about 18 months later and he persuaded her that McKenzie was a great place to raise a family. With Jeff as her rock, she rebuilt her life and they are raising four children.

Of her attackers, one remains in prison and one was paroled in 1986. Another, who masterminded the kidnap plan, was freed from prison in 1999 and returned to the McKenzie area to live and work. When state officials would not tell her when her attackers would be released or what they looked like, her campaign for victims’ rights legislation began.

“I have four kids and I don’t want to be in the grocery store and run into them because I’m not that strong,’’ Jodie has said. “I’m going to do whatever I can do … I’m going to speak out, especially for those people who don’t have a voice.’’

She has spoken to legislators in Nashville to push a constitutional amendment and bills providing notification and other rights to victims of crimes. She met with Vice President Al Gore regarding similar federal proposals and spoke at the 2000 Democratic Convention. A 1996 state constitutional amendment guaranteeing victims’ rights passed in Tennessee and now Jodie wants the same thing to happen across the nation.