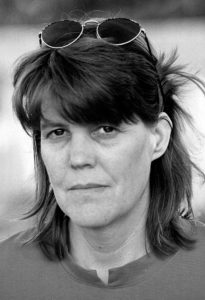 A heroine is a woman noted for her courageous and daring acts. Courageous and daring are words used many times to describe Lisa Herdahl, a woman who exhibited tremendous heroism in her legal battle against the religious practices of the Pontotoc County School District.

In 1993, Herdahl and her family moved from Wisconsin to Mississippi and into the Pontotoc County School District. Five of her six children attended the North Pontotoc Attendance Center and were exposed to daily devotionals over the intercom, biblical history classes subsidized by local churches, group prayer sessions in the gymnasium and religious videotapes shown in classes.

With the support of the American Civil Liberties Union and the advocacy group, People for the American Way, Lisa challenged these long-standing religious practices publicly when she brought suit against the school systems.

The trial, which drew national media attention, was declared a victory for Herdahl and her family in July 1996. A U.S. district judge ruled that the Pontotoc County School District was in violation of the U.S. Constitution’s prohibition of government establishment of religions and ordered the daily devotionals on the intercom to be stopped.

During the two-year legal battle, Lisa and her family were subjected to harsh criticism from students, teachers, townspeople and community leaders. They were ridiculed, taunted and belittled.

“My kids and I have been harassed for standing up for our religious freedom,” Herdahl said. “I don’t believe that any students should be forced to choose between going along with some official prayer or having to stand out and be ostracized.”

In response to her public stand on the school prayer issue, Lisa was called an atheist, was forced to quit her job and faced eviction from her home. But through it all, Lisa Herdahl held fast to her beliefs.

Lisa has been unable to find a job since the lawsuit. She is organizing a non-profit to help families assert their rights in dealing with public school systems regarding special education, disciplinary actions and other issues.