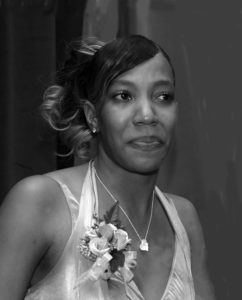 Truly selfless, compassionate acts are rare indeed, but in an incident that occurred one afternoon in March 2007, so much human compassion was on display that one life was saved and at least two lives were changed forever.

The heroic story has been told and retold across the nation. On her way to Bible study at her Midtown church, Heather Mae Fox stopped at a drug store. As she approached the door she couldn’t help notice the upset young woman holding a baby. When she came back out minutes later, the woman still seemed in need and so Heather Fox offered to help. The offer later was to brand her a “Good Samaritan” by the news media and no one would argue with that.

Desperately clutching the child, the woman said she needed a ride to the library. Fox didn’t hesitate to unlock her car and let the woman get in her back seat with the baby and a carrier.

Soon, though, the ride turned into a carjacking. Pulling out a 40-caliber gun and still cradling the child in her arm, the woman barked at Fox to go to the nearest ATM. As she was directed into an unfamiliar neighborhood and away from traffic, Fox tried to figure out what to do. She didn’t want to wreck her car because of the baby. She also didn’t want to be a victim without trying to escape. She made a quick decision, braked and started to jump from the car to run away, but the young woman fired the gun. The bullet entered from behind the collarbone and exited Fox’s chest.

As she stumbled away, crying for help, she looked down to see that her blouse was drenched in blood. The carjacker meanwhile sped away, only to crash the car later and be captured.

As Heather Fox quickly lost blood, several bystanders hesitated to help her, apparently unwilling to come in contact with her blood. She felt herself in danger of dying. That’s when another Good Samaritan — and an honest-to-goodness hero — came to her aid.

Providentially, Ashley Sanders, a tall, no-nonsense inner-city teenager who loves sports and practices the art of peacemaking among her friends and acquaintances was nearby.

Armed only with the knowledge acquired by watching TV shows, she rolled up her hooded sweatshirt for a pillow to make Fox more comfortable, and immediately began applying pressure on the exit wound. She spoke reassuringly to Fox as she lost consciousness and kept pressure applied until emergency help arrived.

Later in the hospital, Heather Fox learned she had lost half of her blood and likely would have died but for Ashley’s quick actions.

As many of you know, this isn’t the end of the story. Heather Fox started a trust fund for Ashley, got more news coverage around the country and that led to a full scholarship to pharmacy school for Ashley. The two have become fast friends and both women say their lives have changed for the better. Heather Fox now views every day as a new gift from God. Ashley has had many first-time experiences, including her first rides in a taxi and on an airplane, but mainly she has learned that she is a capable young woman with a promising future.

Two women of immense compassion, and one a model of true heroism — Ashley Michele Sanders.