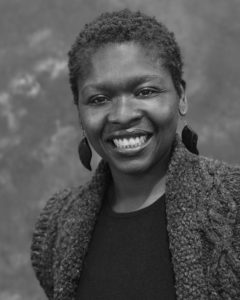 Have you ever had to rely on a Memphis bus to get to work, to get to the store, or to get to a doctor’s appointment? Have you ever wanted to go to an event outside your neighborhood but knew you couldn’t because you wouldn’t be able to get home because your bus route shuts down at 6:00 pm or, if it’s Sunday, doesn’t run at all?

Shelia Williams has and she is determined to do something about that.

In 2000, Shelia Williams, a working mother who then had four children, started looking at a way to make ends meet. She had a car that was constantly in need of repair and decided to just ride the bus. At the time she lived in the Raleigh-Frayser area and worked at a spa miles and neighborhoods away near Park and Primacy Parkway. Taking the bus meant a 2 ½ hour trip on three buses.

But this is more than one woman’s story.

Shelia found that those who ride the bus become a part of your family. You check in on their health and families, worry about them when they’re not there, and you cry with them because they lose their jobs because of the bus being late one time too many.

In Memphis and Shelby County, 90% of bus riders are African-American. A majority of those on the bus are women, and 60% have incomes of $18,000 or less. Those who depend on bus service include people with disabilities, students, workers and seniors. Cuts to bus service combined with inequitable economic development and residential segregation disproportionately affect low-income residents and communities of color. All these facts mean that the funding, planning and function of mass transit is a civil rights issue.

In late 2011, frustrations including inconsistent schedules, route cuts, safety concerns and customer service issues led Shelia to call the number from a flyer she found on the bus. This took her to an early meeting of what was then the Transportation Task Force. There she met community activist and dynamo Mother Georgia King who is also a Woman of Achievement for Courage 1994.

In February 2012, Shelia, along with Mother King, co-founded the Memphis Bus Riders Union. The grassroots organization fights for better bus service in our city, speaking up about MATA practices and policies with key decision-makers, including the MATA board and administration and city government.

The riders union fights racism and oppression based on socioeconomic status as it is reflected in our city’s grossly inadequate public transportation system – advocating for improved services.

In June 2014, Mayor A C Wharton nominated Shelia to serve on the MATA Board which governs the transit agency. This group votes on MATA’s budget, routes, schedules and fare. Many board members come from big business and Shelia admits that at first she was nervous about her reception, but she has been completely welcomed and her voice is heard.

Now the board is welcoming to members of the public and a change in process means that the public is heard before votes are taken on MATA issues.

Routes are still limited and some buses do still run late, but progress has been made. Customer service and signage have improved.

And Shelia’s vision is bigger than that. She wants to do away with the stigma associated with riding the bus in Memphis. She seeks a cultural change that results in everyone riding the bus together, going to work or to play by bus. For this to happen, bus service has to become consistently dependable, with better routes, longer hours and a new image.

Shelia Williams is determined to see this happen and for that we salute her.