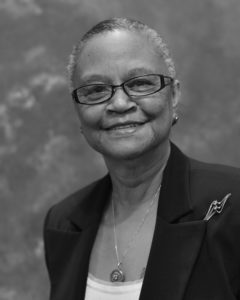 As a child, Amerah Shabazz-Bridges lived in the dark shadows of incestuous rape, suffering at the hands of her mother’s boyfriend, a man who rightfully should have been her protector. Now, years later, she courageously tells her story and uses her experience to help others recover from the trauma of abuse.

Beginning at the age of 8 and continuing until she left home at age 15, Amerah was repeatedly abused. Powerless, she did not know how to express her pain and fear. Her mother was also abused while Amerah lay listening in the next room. When she was finally able to tell other adults that she trusted and loved, including her mother, they refused to believe her.

In order to survive, she learned to mask her pain. As a 13-year old she needed validations and wanted to hear someone say, “I believe you,” and “It wasn’t your fault.” Instead she was told “He said he didn’t do it.”

She became a people-pleaser, a manipulator, and was promiscuous. She had learned to survive the best she could.

She finally left home when her abuser cursed and said, in her mother’s presence, that she couldn’t stay if she wouldn’t do what he wanted. She started packing her belongings into empty beer boxes immediately.

As a teenager and young adult she sought peace in the church and at the mosque. Well-meaning people told her to just pray about it; to forgive and forget. She didn’t understand why God had allowed this to happen.

But she continued to search for answers. Amerah says, “My Higher Power heard my moaning and I hesitantly started down the road to recovery.”

She started that journey at the age of 32 when she and her 7 children moved to Chicago.

She moved her family to Washington, DC, in the mid-90s and it was there that Amerah really started telling her story. She found Co-Dependents Anonymous, which led her to Survivors of Incest Anonymous. She volunteered for the Rape Crisis Hotline, consoling women who called the hot line, meeting victims at the hospital, giving speeches aimed at young women, helping them have the courage to face their pain and to heal. Amerah also formed two support groups for women who were victims of incest.

Amerah would read newspaper articles, contact shelters and say, “This is who I am; this is what I do. If I share my story, they may know they can change. We have questions and answers and then healing starts.”

In 1996, Amerah had found enough acceptance to return to Jackson, Mississippi, to care for her mother. She continued her mission of helping others heal and became a court-appointed advocate. She earned a degree at age 66, remarried her first husband the next day and moved to Memphis. Dedicated to the work of healing, she had contacted the Memphis Child Advocacy Center a year before the move. She phoned the center just as soon as she got to town and continued telling her story.

Her work has impacted the lives of countless persons who have been abused, giving them the power to transform their lives. She has won awards for her work in Washington, Jackson and Memphis. And she continues to grow.

She says, “I am like a big onion. I pull off one layer at a time. At first it’s hard and may break but I keep pulling until it becomes so easy that the next layer just slides right off.” That’s how healing works.

Amerah’s openness in telling her story has brought countless rewards to the Child Advocacy Center. She has inspired donors to contribute and has helped police recruits and officers understand family violence in a personal and powerful way. To quote her nominators, “Amerah’s words help us continue to do what we do, to see firsthand the beauty of healing, and to help us remember what is important.”

For her courageous voice – we honor Amerah Shabazz-Bridges.