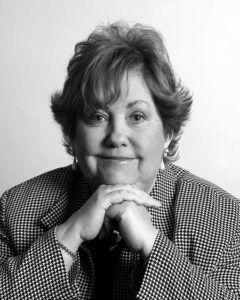 Shelia Tankersley watched her best friend, who was diagnosed with AIDS, speak out about his disease and become involved with local AIDS education and support groups. He died in 1989, but his struggle with the disease changed her life forever, and she promised him she would continue working for this cause.

At first, she organized friends and family to rock newborns at The Med. Soon the staff started asking if she could help babysit so patients wouldn’t miss appointments. Still more requests came for help with diapers and transportation. Recognizing a need in the community, Shelia founded Loving Arms in 1991, a nonprofit group with a goal of providing emotional and financial support to women and children battling HIV/AIDS.

By 1994, with a grant from the Ryan White Foundation, she was able to lease a van to provide transportation to her clients who come from St. Jude, Methodist/Le Bonheur Healthcare and most of the area hospitals and social services. Other money comes from donations and fundraisers.

As the number of clients continued to grow, Shelia was forced to make a career decision. She prayed very hard, and in 1995 she decided to walk away from her job of 14 years to devote herself full time as executive director of Loving Arms. However, the only means of support for herself and the organization was her savings.

In 1996, with another grant from the Ryan White Foundation, she was able to pay herself a salary. Her staff is comprised of about 75 volunteers working with 93 families and close to 200 children.

AIDS is a controversial disease, and Shelia has not escaped negative comments. But other people’s opinions have not slowed her down. While caring for others, she also has raised four children as a single parent. Her children are all involved in Loving Arms. One daughter quit her job to drive the van full time.

Shelia has won the J.C. Penney Golden Rule Award, the East Memphis Exchange Club’s “Book of Golden Deeds Award,” and in 1996 she was awarded Mayor W.W. Herenton’s “Make A Difference Award,” the first of 12 to be given to Memphis citizens who are giving something back to their communities. In 1997, she was featured in the Sept. 16 issue of Family Circle magazine.

Shelia says the greatest blessing has been the women and children she serves daily. Her clients are some of the bravest and most determined women she has ever met, living with the personal, emotional, physical and financial stress of their disease, yet possessing positive attitudes and a will to survive. And the children, with all the difficulties they encounter, are filled with love and joy. She feels we can all learn from these children.