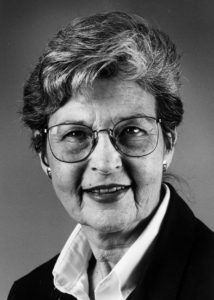 Ruth Knight Allen is determined to help native people, and she brings all the power of her spirit and her Cherokee-Choctaw heritage to that task. Ruth came to Memphis from Hattiesburg, Mississippi, 51 years ago and began her formal schooling at age 13, in the third grade at Peabody Elementary. She went on to raise two children, work for 17 years for Holiday Corp., where she built the in-house printing department, and then founded her own business, Pipestone Printing, while working full-time at the American Red Cross.

She funded her own travel to Colorado in 1986 to the National Governor’s Interstate Indian Council conference to represent Tennessee’s Indian people for the first time in the council’s 37 years. Then she worked to have Tennessee as the site of the 1988 conference, to coincide with a celebration of “The Year of the Indian in Tennessee – 1988.” She served from 1987 to 1990 as secretary-treasurer of the council.

She was the only woman on the five-member Tennessee Commission of Indian Affairs from 1983 to 1990, and was the 1990 census liaison among Indian people. Ruth formulated, in a six-year process, documents for recognition of American Indians living in Tennessee. Her proposal for an American Indian Heritage Route was submitted to Congress as part of the Lower Mississippi Delta Development Commission report and was one of four actions chosen as feasible for implementation.

She is one of two Tennesseans on the advisory committee of the Delta Tourism Development Commission and is working to obtain the “Old Marine Hospital” at Chickasaw Heritage Park for a Delta American Indian Cultural/Resource Center. As a member of the University of Memphis Advisory Committee for Chucalissa, she is working to save that ancient native village.

Ruth has shared her culture with diverse groups around the country. She also was saluted as one of The Commercial Appeal’s “1,000 Points of Light” in Memphis in 1989.

What is it like to be an American Indian in today’s world? According to Ruth, “It is a tremendous responsibility being both history and future.” Ruth carries that burden with grace and strength, determined, she says, to restore the American Indian to a place of dignity and respect, thereby helping preserve the heritage of all Americans.