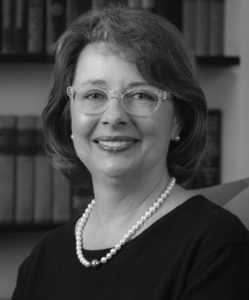 Claudia Haltom grew up in rural East Tennessee where she witnessed the effects of poverty on local families. After graduating from UT-Knoxville, she studied law, following in the footsteps of her mother, Claude Swafford, and father, Howard Swafford. After clerking for a state court judge, Claudia joined the Shelby County Attorney’s Office. There, she handled cases for the county health department and the county schools. She gained insight into the devastating effects of poverty on children and teens, and she saw first-hand the limited reproductive health services available to poor women. She published “The Single Parent Referee Handbook” to assist women who find themselves raising children alone. The book provides practical legal and personal advice.

After 12 years in the Health Department, Claudia became a Magistrate in the Memphis and Shelby County Juvenile Court. Here, too, she saw the impact that unintended pregnancies had on women of limited means. Often the pregnant girls she saw in court were “on the pill,” but taking it faithfully every day was just not happening. With considerable family support, a teen might finish school with one baby. But with two or three, her chances were almost zero, and the unsafe living conditions produced by these circumstances sometimes required Haltom to remove children from their mothers. In addition, she often had to send young men to jail for failure to pay child support.

Young women’s lives, the babies’ lives, and those of their extended families were all impacted by unplanned pregnancies. These women did not have the choices that come with being able to plan for their futures.

Claudia was determined to do something to interrupt this cycle of “children having children.”

Retiring after 17 years in the juvenile court system, she founded A Step Ahead Foundation, a non-profit whose mission is to provide safe, long-term, reversible contraceptives to women without the means to afford them. She sought private and corporate financing. Knowing full well the political, religious, and ethnic mine-field that has characterized discussions of birth control, Claudia consulted with medical professionals, clinic directors, and community activists. She built partnerships with multiple agencies including home nursing programs, the Shelby County Health Department, Porter Leath, the Exchange Club, and more.

A Step Ahead’s philosophy is, “Being abstinent is the best method (of birth control), unless you are not. Then we are here to help.” When she and the educators at the Foundation talk with young women, they advise them to “Plan your career, choose a father for your children who deserves you, and then plan your babies.” The Foundation’s staff and volunteers work through schools, neighborhood groups, word of mouth, and social media.

Claudia’s determination to meet known obstacles clearly paved the way for A Step Ahead’s success. Today the Foundation leases office space on the campus of the Junior League of Memphis at the corner of Central and Highland and maintains a call center 24/7. The Foundation partners with 16 community clinics that provide the long-term birth-control devices and services to women.

In addition, A Step Ahead Foundation now has affiliates in Chattanooga, Knoxville, Nashville, and Jackson-West Tennessee. Thousands of sexually active girls and women have learned to take charge of their reproductive lives and to plan their futures accordingly so that they remain — a step ahead.

This is one determined woman! Claudia Haltom, chief executive officer of A Step Ahead Foundation, is the 2016 Woman of Achievement for Determination.

On January 16, 2018, the Association for Women Attorneys (AWA) Memphis Chapter honored Claudia Haltom, CEO of A Step Ahead, with the Marion Griffin-Frances Loring Award for outstanding achievement in the legal profession.