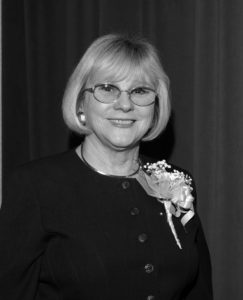 In the Memphis area, 6,000 homeless men, women and children are fed and sheltered from local service agencies. We see them on the streets and at intersections wearing ragged dirty clothes that look as if they’ve been slept in. We fear contact with them, thinking they’ll ask us for a handout or worse yet, try to rob us. We don’t want shelters or services in our neighborhoods and organize against them to keep the homeless off “our” streets. We fail to make eye-contact, much less stop to listen to their stories. Pat Morgan, Executive Director of Partners for the Homeless, is a woman with the courage to both listen and act on their behalf.

Pat’s story starts the typical way; a Donna Reed Mom whose marriage falters transforms into the single mother of three, struggling to keep things afloat. Pat was working as a real estate broker when she volunteered to help two hours per week at the Downtown Church Association’s Food Pantry. From there she moved to the Street Ministry and the work became her passion. She listened to stories of untreated addiction, abuse and mental illness and realized that what is needed is a “continuum of care.”  She attended more meetings and became more active. When a friend told her that for someone so smart she was ignorant, she went back to school. She graduated from Rhodes College in 1991, at age 51.

Long active in the Democratic party, she believed that the solutions to homelessness are political. After graduation she interned in Al Gore’s office then survived on a variety of temp jobs. When Clinton announced for president, she quit her job to join the campaign. “Pat’s Excellent Adventure” included time on the bus in New Hampshire and tromping through snow with much younger campaign workers. She became co-director of the Washington Operations Office.

After the election she was appointed Program Analyst at the U.S. Interagency Council on the Homeless. Working closely with Housing and Urban Development’s Office of Special Needs Programs, Pat brought her experiences in front-line service delivery to the table. She spent 6 ½ years working with the White House Domestic Policy Council.

In 1999, Pat returned to Memphis to be closer to her family. She became Executive Director for Partners for the Homeless, a public-private partnership begun in 1995. The group’s mission is to coordinate, develop and implement solutions for homelessness in Memphis and Shelby County. She is now working with representatives from 55 organizations to create a holistic intervention program targeting 20,000 at-risk households. She has secured $5 million from HUD for local Continuum of Care applications. She serves on the state council for creating a plan to end homelessness in Tennessee.

Though she now works primarily in program development, policy and service delivery, Pat has not forgotten the people she met through Calvary’s Street Ministry. She still goes out at 12:30 am looking for people sleeping on the street. She knows their names and histories. She asks questions and really listens to their stories. “I’ve only been mugged twice,” she says, “and not by the homeless.”

It takes courage to walk into the broken lives of these men, women and children and work for holistic solution. Pat Morgan has the passion and the courage to do just that.

Pat Morgan retired in 2011 and published a memoir in 2014 titled The Concrete Killing Fields: One Woman’s Battle to Break the Cycle of Homelessness.