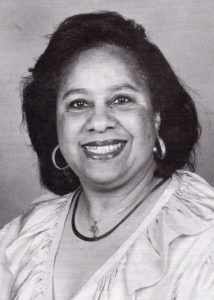 The year was 1972 and Minerva Johnican, teacher and librarian, dared to run for public office in a city controlled mostly by conservative white men.

She didn’t win that first time, nor the second time. But three years later, when she was appointed to the County Commission in 1975, Minerva became the first black female Commissioner in Shelby County, Tennessee.

When she ran for Congress and was defeated in 1982, many people thought that Minerva had made a fatal mistake by opposing “the singularly most powerful man in Shelby County” at that time — U.S. Rep. Harold Ford. But she had turned her back on her namesake, the Roman goddess of wisdom, as some thought. Minerva stepped over political party lines. She stepped over the lines of race and gender, too, to form a constituency which carried her to victory in 1983 as the first black person to win an at-large position on the Memphis City Council.

Minerva Johnican dared to challenge society’s imposed boundaries to win a triumph for blacks and for women. She remains her “own” woman.

Ms. Johnican ran for city mayor in 1987 and finished in second place behind incumbent mayor Dick Hackett. She was the first African-American woman to be a serious candidate for the position. In 1990, she became the first African-American and the first woman to serve as Shelby County Criminal Court Clerk. In her tenure as clerk, she won three national awards. Ms. Johnican worked on Steve Cohen’s 2006 and 2008 races for the 9th Congressional District in Memphis.