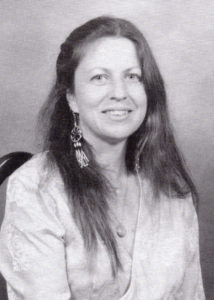 Despite active opposition, Margery Rumbarger fought for the cause of women to have the right to give birth to their children in their own homes, with the assistance of midwives.

Ninety percent of all births worldwide occur in the home. Currently, the majority of births in this country take place in hospitals. Yet in recent years a growing number of women have decided to give birth at home. Reasons for this include the wish for more participation in the process and more control of the decisions surrounding birth.

While home birth is not for all women, the birth process is a natural part of the life cycle. Margery believes that for women at low risk, home birth should remain an alternative. It is her strong belief in this philosophy that led Margery and a friend to found the Homebirth Midwifery Service in 1980. Since that time she has assisted more than 200 babies into the world.

But home birth remains controversial in our high-tech society. In March 1984, as a result of her lay midwifery practice, Margery was fired from her position as a pre-natal health care educator for the Shelby County Health Department. After the Civil Service Merit Board ruled the firing was improper, she was reinstated and offered a transfer to the Tuberculosis Clinic, which according to state guidelines is a “high health risk.” She refused the transfer and was offered another to the Immunization Clinic. She refused that as well.

Three years later she still is involved in a lawsuit against the Health Department. Margery believes that the turmoil is a result of “strong prejudice in the medical community” against law midwives. Yet Margery Rumbarger, an R.N. with the highest level of obstetrics training available, continues to courageously practice lay midwifery in order to provide women with an alternative in which she deeply believes.

Margery’s lawsuit against the Shelby County Health Department was settled in federal court in 1988. The Department wrote Margery a formal letter of apology and paid her a financial settlement for her time off work. She chose not to return to the Heath Department, and works part time as a supervising nurse with a home health agency while continuing her midwifery. She had assisted about 370 deliveries as of February 1994.