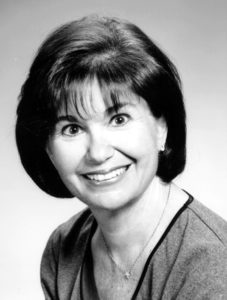 The year was 1990. Laurel Reisman, a nurse with a thriving business in home health care and medical facility management, with her husband Ben, a builder and developer, accepted a foster child into their care, a 4-day-old infant named Cady. They had been foster parents previously and were in constant touch with social services as placement options were explored. Soon it became apparent that only African-American couples were being considered as prospective parents.

Politely the Reismans asked why this was protocol. Their inquiries were dismissed with “this is the way things were done.’’ Cady had a Caucasian mother and an African-American father so she was categorically labeled by the Department of Children Services as black. Only black couples would be considered.

The Reismans’ reaction was immediate. Why did the 50/50 ratio denote the child as black and why did that matter? Why did any racial mix that included African-American in any degree designate the child as black? Wouldn’t broadening the pool of prospective parents to the largest possible number be in the best interests of the child? Yet the Reismans met a solid brick wall of opposition from state officials who were ironically designated as protector of the children.

Frustrated and dismayed, they resorted to legal action. On Oct. 3, 1990, they filed suit in federal court to change the state’s policy on behalf of mixed-race children.

At the same time, something quite personal had happened – the Reismans were often quoted as saying they had simply fallen in love with Cady, now 2 months old. They were ready to pursue adoption for themselves – but they were categorically rejected by DCS because they were white.

In October 1993 U.S. Dist. Judge Robert McRae ordered the state to change its procedures to equally consider black and white families for adoption.

On Dec. 12, 1993, the Reismans filed a second federal lawsuit – this one on behalf of all children to eliminate any policy in which children would be classified. This would result in a favorable binding agreement about state policy five years later, in 1998.

With a national movement on the issue, with which the Reismans were aligned, a federal mandate was issued making the Tennessee policy national policy – states cannot use race as a factor with regard to a child or potential parents.

Cady Laurel Reisman vs. the State of Tennessee, as the case resides now in law books, made a difference. With the courage, and the physical and financial stamina to wage all-out war with the state, Laurel Reisman won new rights for prospective adoptive parents who might have been denied on the grounds of race and for babies of varying ethnic backgrounds.