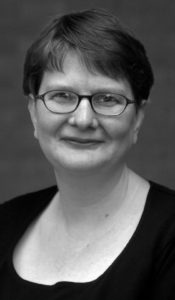 Rev. Cheryl Cornish serves God by serving the community at large. Her sensitivity to those shunned by some religious groups has made her a very special leader. She has ministered beyond the boundaries of the traditional church and instituted innovative programs that give Christian compassion a broader scope.

A native of Nebraska, Cheryl came to Memphis in 1988 to serve as first female pastor of the First Congregational Church, United Church of Christ. A graduate of Williams College in Massachusetts, she received her master of divinity degree from Yale University in 1983.

Under her leadership, the church affectionately known as First Congo has taken stands on a number of issues that rub against the grain of many in the “Bible Belt.” As one of the first churches nationally to become an “open and affirming” congregation, First Congo has been on the forefront of affirming equal participation of gay and lesbian people in the church. She has officiated at same-sex weddings since 1991. As a “Just Peace” congregation, the church has engaged in significant ministries of justice and non-violent social change, including serving as homebase for the local “Women in Black,” an international group that stands silent every week witnessing on behalf of world peace.

Cheryl has boldly advocated for women’s issues and AIDS awareness despite condemnation from more conservative churches. She created a forum for international social justice activists, such as Pastors for Peace Caravan to Cuba and Far East Buddhist monks. The church’s Global Goods program encourages the fair marketing of products from third-world countries. Deeply involved in the community, Cheryl leads by example. She has served as a trustee of LeMoyne-Owen College, director of MIFA, chair of the Mid-South Peace and Justice Center, and president of the Memphis Ministers Association. She is the founding chair of RAIN (Regional Interfaith AIDS Network) and an officer of the Midsouth Interfaith Network for Economic Justice.

The church grew from about 60 to about 300 members and moved to a larger space in the Cooper-Young neighborhood in 2001. It has become a vital part of the community by taking on many projects not usually associated with a church, including the Bicycle Co-Op, which repairs and provides bikes for impoverished young people and the Media Digital Arts program, which provides equipment and encourages filmmaking for aspiring artists. First Congregational Church has become home to more than 20 different organizations working in partnership for positive change.

Cheryl has said, “There has always been a very strong notion in the Congregational Church that we each embody the face of God. And if you exclude any piece of the human family, you’re excluding one face of God … I think that’s part of the reason we have this image of being wild liberals. It’s not that we’re terribly liberal, it’s just that we won’t lock the door on anybody.”