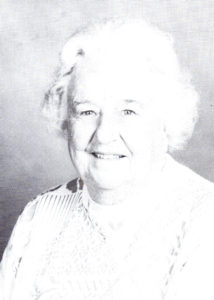 Elma Neal Roane led the struggle for women’s rights in athletics in local, regional and national settings for four decades, helping change forever the treatment of female athletes in Tennessee.

She came to women’s athletics as a young participant. She was a champion in basketball and softball for Messick High School in the 1930s, on all-district and all-state teams, winning awards too numerous to mention. And that was only the beginning.

Choosing education as her lifetime calling, Elma gained undergraduate and graduate degrees and began her teaching career at Treadwell High School. In 1946 she joined the Memphis State College faculty, where she ultimately held the position of director of the Women’s Division, Physical Education Department, and coordinator of MSU Women’s Athletics. In those positions she fought for the rights of women students to have funding, space and equipment, publicity and support equal to male athletes. She championed in Tennessee and particularly at MSU implementation of Title IX federal legislation that provided equal access to athletics for women.

All the while, Elma remained an active athlete herself, making a mark in women’s softball, tennis, badminton and golf. She has been named to the Memphis Park Commission’s Hall of Fame, received an award from the Tennessee Commission on the Status of Women, and in 1984 was named Greater Memphis State Educator of the Year, to list only a few of her honors.

It is easy today to forget the atmosphere 20 years ago and more when a few women with vision in the United States began campaigning for equal rights in sports. Opponents painted images of men and women forced to compete and warned of a drain on funding for male athletic programs. That opposition proved erroneous.

A fighter and a winner, Elma had the special vision needed to lead the way so that women can play and win under equal treatment of the law.