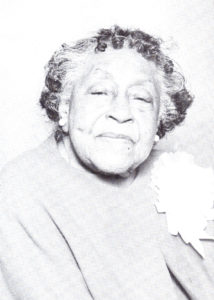 For 30 years Zana Ward taught in Memphis City Schools while putting in many hours as a volunteer. Active in her church as a teacher, chaplain and choir member, she has also volunteered her time and energies to a number of civic organizations. That includes serving the last 11 years as president of the National Council of Negro Women.

Zana is responsible for the Right to Read program for low income students at Lakeview School, and has been instrumental in helping unwed mothers continue their education and find jobs. As project director of the coalition known as Women in Community Services, she also has organized volunteers to screen applicants for the Job Corps.

Zana was a Girl Scout troop leader for 17 years. Her concerns about childcare led her to a position on the board of Community Day Care. She somehow also found time to serve as president of the Federation of Colored Women’s Clubs in Memphis, and vice president of the state organization.

Zana Ward is known in our community as a woman who is always ready to help others find their paths to success.