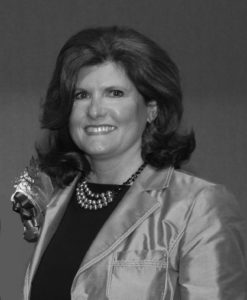 When Susan Stephenson was a second-grader in Chattanooga, she told her teacher she wanted to be a doctor.

Her teacher suggested that Susan was mistaken. What she meant was that she wanted to be a nurse. When Susan told the story at the dinner table that night, her father decided it was a time for a lesson about choosing her future.

The next day, he accompanied Susan to her classroom where he diplomatically explained to her teacher in the hallway that Susan could be a doctor, a nurse or whatever profession she chose. He made sure that Susan heard what he said.

That lesson about confidence and possibilities would guide Susan for the rest of her life.

Sandra Day O’Connor would beat her to the bench, but Susan found another way to be the first woman in an influential spot.

The year before O’Connor joined the court, Susan moved to Memphis as the young wife of a student. She had spent half a school year teaching in Chattanooga, but couldn’t find a mid-year teaching job in Memphis. A friend suggested she try banking and sent her resume to First Tennessee Bank. The bank saw executive potential in the young college graduate and invited her to join the bank’s management training program.

That was in 1980. She more than realized her potential. Fifteen years later after being hired as a management trainee, Susan was named chairman, president, and chief executive officer of what was then Boatman’s Bank of Tennessee. She was the first woman to serve as CEO of a Memphis bank. That was in 1995. Just three years later, in a climate of mergers and acquisitions, Susan and Chip Dudley took a chance at organizing a new, independent bank – appropriately called Independent Bank. The bank is thriving today and offers special programs for women.

That reflection of personal values in the workplace is typical of Susan, said Ruby Bright, president of the Women’s Foundation for a Greater Memphis where Susan is chair-elect of the board.

“Susan stands on her beliefs and she walks her talk,” Ruby said. “She led her corporate board of directors to the decision over a year ago to be committed to paying a living wage to all of its employees.”

“She has broken many glass ceilings in a male-dominated field,” Ruby added. “She has certainly earned this recognition.”

Susan has worked with other community groups – from arts organizations to the American Cancer Society to Junior Achievement and the Leadership Academy – and she also takes time to share her experiences with other women. She emphasizes the power of confidence:

“Confidence is the steady assurance that something you want or need to happen will happen,” she once told a group of women.

“. . . You can change your life and the lives of people around you if you act with confidence.”