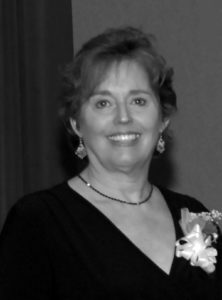 Nancy Lawhead left her native Kentucky in the late 1960s determined to see some places and help some people.

In 1970, after a few years spent working in New York, Nancy found her way to Memphis. And lucky for us she did. She has used her University of Kentucky social work degree and eventually two master’s degrees to help our most vulnerable citizens.

Her decision to put service over self has, for the past 35 years, helped create a better future for thousands of men, women and children – from troubled, delinquent teenage girls in Brooklyn to homeless mentally ill people in Midtown Memphis, to neglected, abused and at-risk children, to the tiniest of newborns in the neonatal intensive care unit of the Med.

She says, “I wanted to be in a helping profession. I saw the plight of the mentally ill as a young social worker in the mid 70s, because of the stigma of mental illness. People, if they get cancer, can get treatment, but not if they are mentally ill, homeless, walking the streets hearing voices.”

She joined the United Way of Grater Memphis as a planning and research assistant for child welfare, juvenile delinquency and teenage pregnancy programs. Five years later, Nancy moved to the University of Tennessee Mental Health Center, in charge of program development and grant writing. In 1978 she was named executive director of the UT Mental Health Center. This was the era when mental patients were being “deinstitutionalized” and put out of facilities such as Western State Mental Hospital to fend for themselves.

Nancy passionately believed patients needed a community mental health center that would connect them to medications, housing, transportation, and whatever else they needed to have a normal life.

Dissatisfied with services being provided to poor Memphians, Nancy in 1980 located a school building on 2 ½ acres at the corner of Danny Thomas and Pontotoc, raised the needed money and founded Midtown Mental Health Center. Renovation of the old school alone cost $400,000.

She followed that feat with development of an on-site, 24/7 Crisis Stabilization Unit for people in serious psychiatric crisis.

For 7 years, working virtually around the clock, Nancy led the Center as executive director.

After a two-year break in the private sector, she returned to public service in 1990 as executive director of the Memphis and Shelby County Community Health Agency. For five years, she worked to improve access to primary care for poor people.

In 1995, Shelby County Mayor Bill Morris tapped Nancy to become special advisor to the mayor for health policy at national, state and local levels. She worked on release plans for Shelby County Jail inmates who were mentally ill or had substance abuse problems while grappling with what she saw as the criminalization of the mentally ill by managed care health systems.

In 1998, Nancy brokered the joint venture between the Memphis Shelby County Health Department and The Med. The agreement linked their clinics into a primary care network called the Health Loop, a $15 million operation and the largest primary care provider in Shelby County.

Now serving her third mayor, Mayor A C Wharton, Nancy earlier this year moved into the Urban Child Institute where she will head the county’s efforts to address early childhood and infant mortality issues. She will advocate for more funding and new policies and coordinate local efforts to stop the high rate of infant deaths.

Nancy Lawhead’s passion for helping the helpless led her to a career of service that has made thousands of lives healthier and happier and has made Memphis a better place to live.