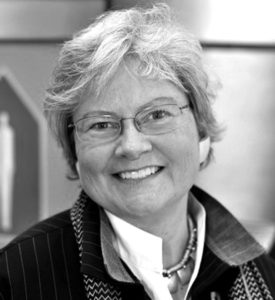 Lisa Jennings is that rare individual who is both an internationally known researcher and teacher and also a highly successful entrepreneur and founder of two businesses: Ariste Medical and CirQuest Labs.

She started on this path as a child, reading articles in the World Book Encyclopedia and finding herself drawn to the ones on science. In the sixth grade, she traveled with her family in Kingsport to take her older sister to Knoxville to attend the University of Tennessee. In the college bookstore, Lisa found herself in the biology section reading a purple book about cells. Her parents actually bought it for her. Lisa’s interest in science continued through high school, where her science projects won prizes and funded a large part of her undergraduate schooling at the University of Tennessee in Knoxville, where she majored in botany and developed an interest in cell plant cell biology. She and her husband then moved to Memphis so that he could attend medical school. They’ve been here ever since.

In 1985, she joined the faculty at the University of Tennessee Memphis and established a competitive research laboratory. In 1999, Lisa initiated the Vascular Biology Program at UTHSC and became its first director. In 2001 the center was awarded the highly competitive Center of Excellence status, granted to programs designed to spearhead new research efforts, pull faculty together across disciplines and establish collaborative working relationships. The success of the program resulted in increased funding from the National Institutes of Health, the American Heart Association and others.

Collaboration may be one of Lisa Jennings’ favorite words.

In 1999-2000, she founded and became director of TAM, the Tennessee, Arkansas and Mississippi Cardiovascular Research Consortium for cardiologists . The purpose of the group is to be an avenue to allow area cardiologists working in collaboration with the UT Vascular Biology Center to provide the most current therapies for their patients, through access to clinical trials.

In 2007 Lisa formed Ariste Medical, a biotech company whose mission is to develop drug delivery medical implant systems that will reduce infections and scar tissue formation resulting in better outcomes for patients. Patents are pending and operations should start this year.

In 2008 Lisa founded CirQuest Lab. The doors opened in 2009. A life science service company, CirQuest guides researchers and pharmaceutical and device companies through the rigorous preclinical and clinical phases of clinical trials on the road to successful commercialization. Highly collaborative, the group does such things as locate sites, put together screening questionnaires, conducts site visits and assist or oversee trials. Though located in Memphis, CirQuest Lab has clients throughout the United States and overseas.

Lisa was the first PhD to receive a tenured faculty appointment in UTHSC’s Department of Medicine and the first woman designated director of a multidisciplinary research program. She now holds joint appointments in the departments of Molecular Science, Biomedical Engineering and Surgery. Known internationally for her role in vascular biology research, she serves as a mentor to both medical students and graduate students.

When asked about how she evolved from researcher to entrepreneur, Lisa says that she’s always been interested in translating research results into application. There are people who research well and people who run trials well – but these are not necessarily the same people. She wanted to help bridge those gaps and has found ways to do so. She’d spent 25 years working with industry, sitting on advisory boards, and when she decided to go into business, she found a mentor to serve as her business coach. She jumped right in and learned to think like a CEO. She now has friends whose parents have benefited from her work and says that it is rewarding, when something you were involved in a saved life.

Lisa Jennings took the initiative to translate her love of science into businesses that save lives and for that we honor her.