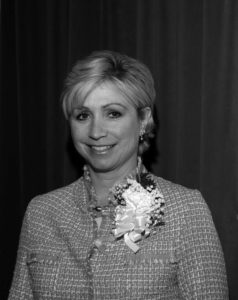 At 40, Kathy Kastan was happy, healthy and fit, as far as anyone could tell.

The physician’s wife and mother of three sons in Cordova was avid about exercise — running, biking, swimming and weight lifting. She had no family history or health factors that connected to heart disease.

But something was wrong. Shortness of breath and shoulder pain she attributed to the stress of the move to Memphis and her mother’s death. But then on a bike trip with friends, she became nauseous and pain flowed down her shoulder and arm. The first cardiologist diagnosed mitral valve prolapse and prescribed antibiotics, but exercise continued to cause shoulder pain and going up and down steps was difficult.

On a hiking vacation in Colorado she collapsed with classic chest pain that radiated from her jaw to her back. A second cardiologist ran tests but could not find the problem . “Go exercise,’’ he said. Four days later she collapsed again. Treatments either failed or caused other complications so that eight months later, at age 42, Kathy had double bypass surgery. Her third cardiologist provided proper medication.

“I had gone from a woman with symptoms after exercise to popping nitroglycerin like candy,’’ Kathy said. “Now I have a normal, busy life. I exercise four to five days a week.’’

Her search for good care for herself led her to WomenHeart, the
15,000-member national coalition for women with heart disease, and to
leadership in the cause of women and heart health. Based in Washington, DC, WomenHeart is the only advocacy group for women with heart disease. “WomenHeart got me someplace. They virtually got my life back,” she says. She now serves as president.

In February 2005, Kathy stepped into an international spotlight in a full-color advertising campaign that shows her, in an open white blouse, revealing the sternum-length scar she calls her badge of courage.’’

Kathy has become an indefatigable advocate for women’s health. She has met with President George Bush and First Lady Laura Bush, speaks at community and political forums and encourages medical students and doctors to care for women differently.

Kathy grew up, daughter of a physician, in the San Francisco Bay area. She earned her bachelor’s and two graduate degrees at Washington University in St. Louis and was a practicing psychotherapist for 14 years.

Six years ago, she and her husband Michael moved from Baltimore to Memphis where Michael is director of the St. Jude Cancer Center at St. Jude Children’s Research Hospital.

Now her photograph and her story are in The Wall Street Journal, Smart Money and women’s magazines across the nation. “This shouldn’t have happened to her,’’ the ad says.” Ignorance almost killed her.’’

She is excited about calls she’s had from local women who saw a news story about the scar photograph. She hopes they can be organized into a local support group for women with heart disease.

“It’s the number one killer,’’ Kathy says. “And it can happen to you.”

In February of 2010, Kathy Kastan was awarded the Woman’s Day Red Dress Award for her dedication and tireless devotion to women and the heart disease movement. Kathy Kastan, LCSW/Ma Ed., has been Director of Duke Medicine’s Women’s Health & Advocacy Initiative since October of 2011. She is Past President, Emeritus of the Board of Directors of WomenHeart: The National Coalition for Women with Heart Disease. Ms. Kastan is the Past Chairman of the Board of Directors and board member for the Greater Southeast Affiliate of the American Heart Association. She is currently serving on the Board of Directors of the Triangle’s American Heart Association. Kastan authored From the Heart: A Woman’ Guide to Living Well with Heart Disease. She is also a frequent blogger on the Huffington Post.