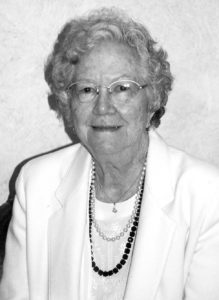 A native Memphian, Anne Whalen Shafer has generously given energy and time for more than 50 years to improve the quality of life for all inhabitants of Memphis. She has faced anger and ignorance with grace and determination. Anne believes in and works toward the elimination of racism and sexism in families, religion, and society.

In the mid-1960s, Anne was appointed chair of the Memphis City Beautiful Commission, a post she held for three years. She organized a group of women from different ethnic neighborhoods who cleaned up areas plagued with open sewers, filth, and disease. They stood up to traditionalists who wanted to maintain segregation in Memphis. In 1964, the Memphis City Beautiful Commission was integrated with the addition of three African-American members, in part due to the encouragement Anne gave Public Works Commissioner T.E. “Pete” Sisson.

On her first day as the chair of the commission, Anne integrated the office of inspectors by moving two African-American inspectors from the cloakroom into the main office. The elimination of a separate “Negro Division” fit Anne’s sense of values. As it turns out, this created the first integrated office in City Hall. During her tenure, segregation fell by the wayside on every front. She integrated the annual Clean-Up, Fix-Up, Paint-Up parade and the poster art contest, and she worked for a single Miss City Beautiful contest open to all.

Openly working for integration in the 1960s in Memphis required courage and earned her a few enemies who didn’t share her strong sense of what is right, but Anne sought and won the position of Shelby County delegate to the 1965 Tennessee Constitutional Convention that reapportioned the state legislature.

Over the past 50 years, Anne has been active in the League of Women Voters, Church Women United, UNICEF, Mid-South Peace and Justice Center, and the Panel of American Women. She and her compatriots crossed an invisible boundary that imprisoned people who were marginalized by the hue of their skin or their gender or heritage. That boundary was an attitude that kept people in their place. “When the time came for me to step over that line, I had to do it,” she said.

Today, Anne continues to speak up for issues she passionately believes are right. She is one of the founders of the Public Issues Forum, an association whose purpose is to stimulate civil discussion and debate on current issues. They focus on the need for tolerance both locally and internationally.

Always an advocate for the inalienable rights of every human being, Anne Whalen Shafer embodies the essence of courage in a world that does not always accept with grace the diversity of cultures, issues, and beliefs. She stands tall as a role model for courageously and actively living one’s beliefs.