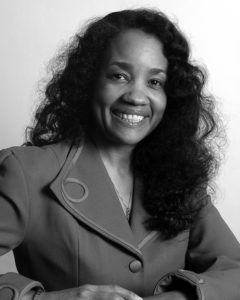 After a decade of teaching in the Memphis City School system, Evelyn Thorpe-Hibbler moved to Seattle, Washington, where she enrolled her young children in a Montessori school.

Inspired by the school’s effectiveness and philosophy, she decided to become a Montessori teacher and start her own school.

Upon returning to Memphis, certified by the American Montessori Society, she interned at Lamplighter School and taught at another Montessori school. Then in 1991, with her brother, Houston attorney Richard M. Cole III, as a business partner, Evelyn founded First Class Montessori, the first African-American-owned Montessori school in Tennessee.

Unaware of the rules regarding land use in the area, they bought a cozy house on the corner of Cleveland and Peabody, capturing the concerned attention of residents in two historic neighborhoods, Annesdale Park and Central Gardens. Evelyn says, “The neighborhood people did not want a school here. We had to hire an attorney and pursue it in spite of petitions against us and go before Land Use (Control Board) and the City Council.”

First Class Montessori is a day-care center and preschool for children ages 3-6. The Montessori philosophy, developed in 1907 by Italian physician Maria Montessori, is based on the idea of the child as an individual with spiritual worth and dignity and that the most important years for learning are from birth to age 6.

First Class Montessori is limited to 36 children due to limited parking. Six teachers, on site at various times of the day, teach Swahili, Spanish, Japanese, mathematics, geography, phonetics and reading.

Evelyn, who attended high school in Memphis, earned her master’s degree in music education at the University of Memphis in 1985 and later obtained her administration/supervision endorsement. She earned her American Montessori Society certificate at Seattle University and speaks regularly at local schools.

“The most exciting thing for me,” Evelyn adds, “is to see children who come filled with timidness and who leave with self-assertiveness.”